Alia Bhatt And Neetu Kapoor Are Setting 'Saas-Bahu Goals,' As Per The Internet 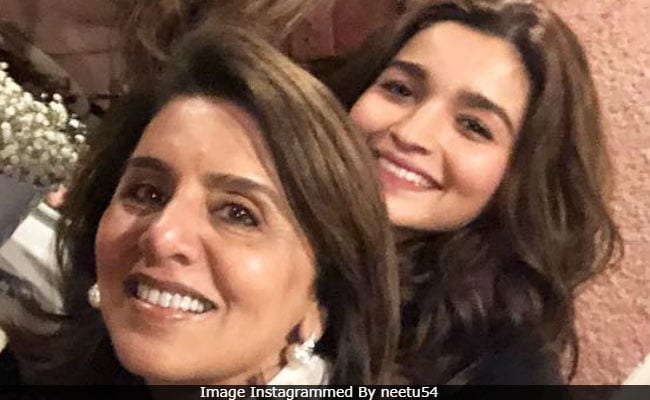 Instagram exchanges between Alia Bhatt and Neetu Kapoor (Ranbir's mother) happen quite often. Today also, the duo exchanged messages, after Alia posted a picture with her make-up artist Puneet B Saini, who happens to celebrate her birthday today. "Happy birthday to her. Give her a big hug," commented Neetu Kapoor and in her reply, Alia wrote, "Done, done," adding two kiss emoticons. This time, the Internet appears to be quite amazed with their Instagram exchange and comments such as "saas and bahu goals" and "saasu maa love, Alia and Neetu Kapoor" were posted. Alia is rumoured to be dating Ranbir Kapoor, with whom she is currently filming Brahmastra in Bulgaria.

Over the weekend, Alia Bhatt gave us a glimpse of Ranbir on her Instagram account, where he was seen taking pictures of the surrounding.

Alia Bhatt and Ranbir Kapoor's dating rumours featured in headlines after they made an appearance together at Sonam Kapoor and Anand Ahuja's wedding reception in Mumbai in May.

Alia had dined with Ranbir, Neetu Kapoor, Riddhima (his sister) in Mumbai some weeks ago and she was also invited to the Kapoor residence, when they had hosted Sanjay Dutt. Sometime ago, Ranbir dropped by Alia's home and had met her dad Mahesh Bhatt also.