Kaun Banega Crorepati 12: Amitabh Bachchan was in a chatty mood 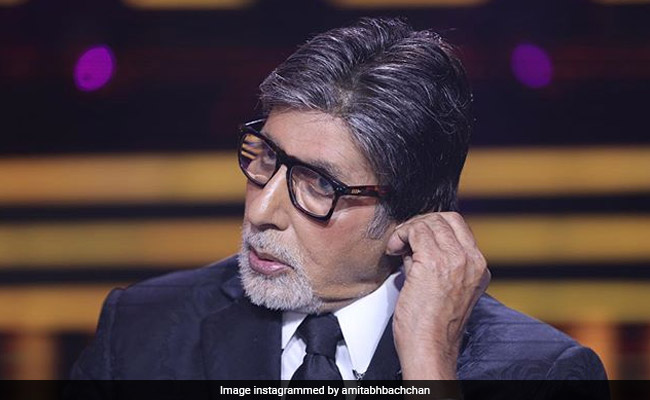 Tuesday's episode of quiz show Kaun Banega Crorepati 12 began with yesterday's roll over contestant Shruti Singh. She began the game with Rs 6,40,000. During the game, she revealed that because her husband is in the navy, he usually stays away from the family. She said that she would like to start her own work so that she isn't dependent on her husband. She decided to quit the game after winning Rs 12,50,000. The second contestant to make it to the hotseat was Chandeshwar Satenkar from Madhya Pradesh. During his introduction video, he was accompanied by his wife. When he forgot his wedding anniversary date, Amitabh Bachchan said, "Do whatever you can in life but never forget your wedding date or your wife's birthday." He even suggested that he can save up the dates on his phone's calendar. Chandeshwar decided to quit the game after winning Rs 1,60,000.

The third contestant to play the game with Big B was Gautam Kumar from Patna, Bihar. He was extremely excited to make it to the hot seat and started jumping with joy. During his introduction, he revealed that he used to work in a biscuit bakery and said that he aspires to be a PCS officer someday. He will continue playing in tomorrow's episode. Journalist Mukesh Sharma was the expert for tonight's episode.

Which of these words is used to denote a person who is self-reliant?

Which river originates in the hills of Sihawa in Dhamtari region of Chhattisgarh?

In which of these IPL team logos does the image of a lion not appear?

What is made by curdling milk with a fruit or vegetable derived from acid such as lemon juice?

Which of these devices converts chemical energy to electrical energy?

Which of these cities have both IIM and IIT?

I am the inventor of dynamite and one of the most prestigious prizes in the world is named after me. Who am I?

Who was the first Indian woman to win a gold medal in wrestling at the Asian Games?