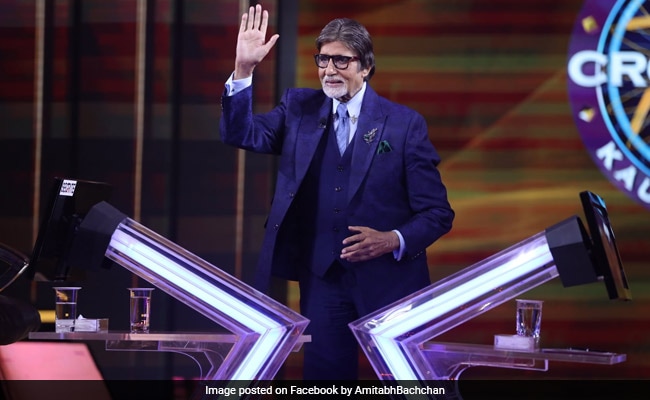 Tonight's episode of the game show Kaun Banega Crorepati 12 began with Monday's rollover contestant Ankita Singh, a banker from Bhilai, Chhattisgarh. Ankita, who managed to play the game quite smoothly, decided to quit after winning Rs 12,50,000.She said that she would use a portion of her money earned for underprivileged children. The second contestant to make it to the hotseat was Farhat Naaz, a teacher from Raebareli. She will continue playing in tomorrow's episode. During the game, the show's host Amitabh Bachchan said that whenever he has a moment of doubt, he remembers his late parents and that gives him a sense of clarity.

Some of the questions asked during tonight's episode of Kaun Banega Crorepati 12 were:

Which of these is a traditional glove puppet tradition performed in and around Lucknow?

The word 'Baghban' refers to which profession?

For which population group does UNICEF work?

In January 2020, RBI launched which mobile app for the visually impaired to help them identify the denominations of the Indian banknotes?

Which of these posts did C Rajagopalachari never hold in his career?

Who was the highest wicket taker for India in the 2020 Women's T20 cricket World Cup?

Who was the first Indian civilian to fly the F16 Falcon fighter aircraft in India?

Who is the democratic candidate for the US Presidential elections to be held in November 2020?

Which of these elements is named after the creator of periodic table?