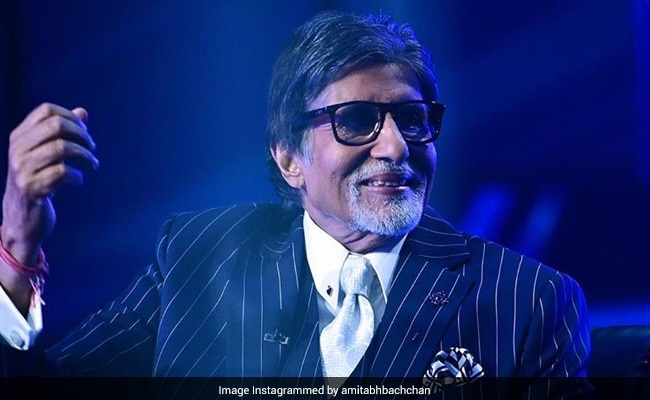 In tonight's episode of Kaun Banega Crorepati 12, the show's host Amitabh Bachchan began the show of with a hint of positivity. He talked about the lockdown period and said that nothing lasts forever but the circumstances told a different story altogether. But one day, he spotted a sparrow after a long time and it made him realise that things can change for good and that gave him a sense of inspiration. The first contestant that made it to the hostseat by answering the Fastest Finger First question was Subhash Bishnoi, from Gajraula, Uttar Pradesh. He gave a wrong answer at an early stage of the game, which is why he couldn't take any amount of money home.

The second contestant to make it to the hostseat was Swarupa Deshpande, a store manager from Mumbai. During the course of the game, she talked about her struggles as a single mother. She added that she wishes to buy her own house. She decided to quit the game after winning Rs 1,60,000.

Ankita Singh, a banker from Bhilai, Chhattisgarh, was the third contestant to play the game with Amitabh Bachchan. She will continue to play the game tomorrow. Author Ashok Chakradhar was the expert for tonight's episode.

Some of the questions asked on tonight's episode of KBC 12 were:

Which of these pairs refer to the same days of the week like Guruvaar and Brihaspativaar?

Which of these are used to make "aamchoor" powder?

In which of these games can a team get all out?

Anarkali, kaftan and Angrakha are types of what?

In the climax scene of DDLJ, Simran grabs Raj's hand to board what?

Which of these river flows through three Asian countries namely India, China and Pakistan?

Which of these brand was launched by Karsanbhai Patel and named after his daughter?

Which of these temples in South India is mainly dedicated to a form of Lord Vishnu?