Kaun Banega Crorepati 12: Amitabh Bachchan joked that he will consider a special request about introducing fifth lifeline on the show 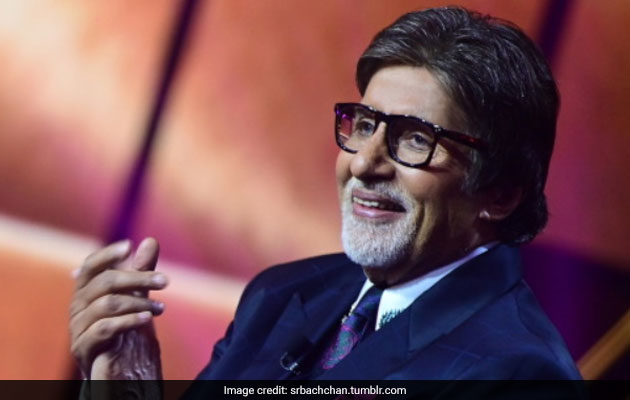 Host Amitabh Bachchan started tonight's episode of Kaun Banega Crorepati 12 with a life lesson. He continued the game with yesterday's roll-over contestant Farhat Naaz, a teacher from Raebareli. Big B told her about the game rules and began with a sports question. Farhat Naaz played the game impressively and decided to quit after winning Rs 25,00,000. On a lighter note, she joked during the game that the makers of the show should introduce fifth lifeline for contestants. Amitabh Bachchan had a hearty laugh on this special request. He joked that he will think about giving fifth lifeline to contestants.

The second contestant to make it to the hot seat was Daxaben Ranabhai Parmar, a teacher from Gujarat. Mrs Parmar shared that she participated in Kaun Banega Crorepati to fulfill her father's dream. She also revealed that husband donated his liver to his ailing brother so that he could live longer. She quit the show and went home with the prize money of Rs 80,000.

#Who is the first Indian to become the world number 1 women's tennis player in doubles?

#Which is the largest island in the world?

#Located on Mount Jabal al-Noor, in which cave is Prophet Muhammad believed to have received the first revelation of the Holy Quran?

#Once known as Kanyakubja, of which great emperor was Kannauj once the capital?

#Which of these nations became the first Arab nation to send a probe to Mars in July 2020?