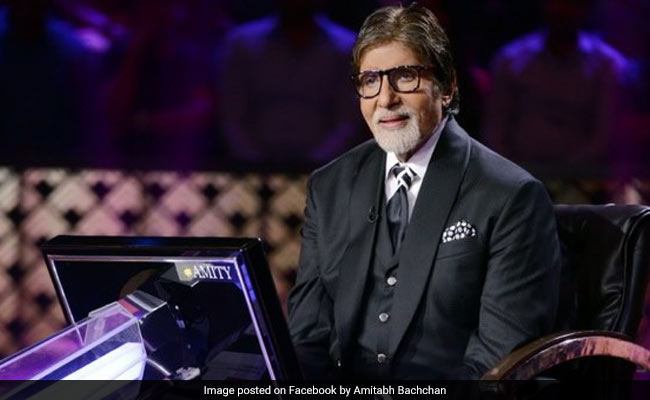 The third episode of the popular game show Kaun Banega Crorepati 11 began with Saroj Sisodia, a native from Rajasthan, who had managed to earn Rs. 3,000 on Tuesday night's episode. The show started with host Amitabh Bachchan introducing the show's expert Pankaj Pachauri. Ms Sisodia, who is a teacher, shared how she managed personal and professional life after her husband met an accident. Saroj Sisodia also shared how she was bound by time restrictions at her home but her life changed after marriage as her husband gives her freedom and support. On this, Big B recalled his childhood days and said he can relate to her as he belongs to the same era.

Saroj, who had used a lifeline on Tuesday's episode, went for 50:50 lifeline after she was unable to answer a question about the native country of animal giraffe. Confused about the 13th question, Saroj quit the game and went home with a prize money of Rs 6,40,000.

Continuing the game, Amitabh Bachchan asked the contestants another Fastest Finger First question and Ravi Jain from Uttar Pradesh won the round. Big B asked Ravi Jain why he speaks so fast and Mr Jain replied: "Sir, I have got this hereditary trait from my father." Super enthusiastic Ravi Jain told several stories from his life and Amitabh Bachchan could not but be intrigued with Mr Jain's stories. After a brief session of chit-chat, Big B continued the quiz. However, Ravi Jain only won Rs 10,000 after he incorrectly answered a question.

Here are some of the questions which were asked on Kaun Banega Crorepati 11 Episode 3:

Which one of these is not a "giri durg" or a "hill fort"?

In the Mahabharata, which of Bhim's wives was the mother of Ghatotkach?

Who was the only cricketer to be awarded the Arjuna Award for the year 2018?

The fourth episode of Kaun Banega Crorepati 11 will air on Sony from 9 pm to 10:30 pm on Thursday.