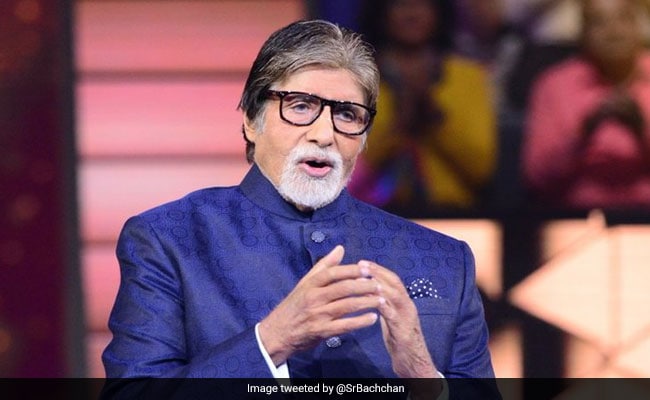 Thursday's episode of Kaun Banega Crorepati 11 kick started Rakesh Sharma from Delhi. Ms Sharma is a retired director from the Human Resources Department Ministry and has worked as an Officer on Special Duty with late former President of India APJ Abdul Kalam for over 5 years. Host Amitabh Bachchan asked Rakesh Sharma about the late iconic leader as a boss. To this, Ms. Sharma replied that Mr Kalam used to care about her like a family. During late night shifts, he would make sure that she had her dinner, told Rakesh Sharma. Ms Sharma played the quiz with ease till Rs 1,60,000 without using any lifeline. She also revealed that she is a state level hockey player and due to some family circumstances, she decided to stay unmarried. Her life stories left Amitabh Bachchan double impressed. After earning Rs. 25,00,000, Rakesh Sharma decided to quit the show.

Taking the game ahead, Big B asked the remaining contestants Fastest Fingers First question and Priyanka from Haryana won the round. Much like all the other episodes, Amitabh Bachchan began the quiz with a brief introduction of the rules and various levels of the game. Big B gave Priyanka the title of adbudh after she revealed she only likes chatting with her friends and nothing else excites her. Her witty answers left Amitabh Bachchan in splits. Priyanka took home prize money of Rs 10,000. Next contestant, who was lucky to be on the hot seat, was Sanoj from Bihar. He will continue the game tomorrow.

Meanwhile, here are some of the questions from Thursday's Kaun Banega Crorepati episode. Give it a try:

#According to the Valmiki's Ramayana, who was restored to life by the dust of Rama's feet as he passed by?

#In 2003, which Indian became the first to win a girls double title at Wimbledon, partnering Alisa kleybanova?

#M Jayshree Vyas became the first independent woman director on the board of which of these institutions?

#June 29 is celebrated as National Statistics Day in India in honour of it being the birth date of which of these scientists?

The twentieth episode of Kaun Banega Crorepati 11 will air on Sony on Friday.