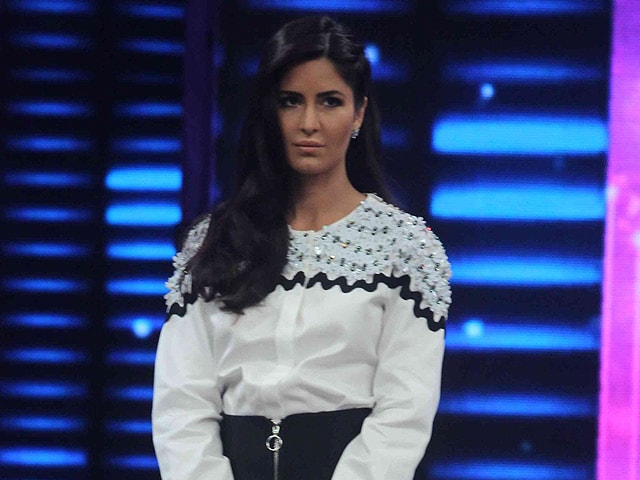 Katrina Kaif photographed at an event in Mumbai.

New Delhi: Katrina Kaif said that even though it was nice working with veteran actress Rekha for Fitoor, she was sad when the actress walked out from the film.

Rekha was replaced by Tabu in the Abhishek Kapoor-directed romantic-drama, which stars Aditya Roy Kapoor in the lead. "It (working with Rekha) was nice. But then she and the producers decided to part ways for their own reasons. That was very sad because I have known Rekha ji for a long time and we have our own independent equation together. That was the only sad thing. Every film has its destiny and you have to respect that," Katrina told PTI. (Also Read: Tabu: Never Felt the Need to be in Rat Race)

The film, which is an adaptation of Charles Dickens' classic novel Great Expectations, features Tabu as Begum, which is based on the character of Miss Havisham.

The 32-year-old Phantom star will be seen opposite Aditya Roy Kapur for the first time, but she said that the duo recently realised that they had worked together for an advertisement almost 11 years ago.

"Adi and me have been working since the same time. He had interviewed me as a VJ for my film Humko Deewana Kar Gaye. We searched for the interview on YouTube and laughed our heads off. And then Adi pointed it out to me that 11 years ago, on my second or third ad film, Adi featured as one of the boys in the group. He was in the ad and you can see him very clearly. We looked for that ad too and had a good laugh about it as well." (Also Read: Aditya Roy Kapur: I'll Never Be Able to Do a Play)

Aditya plays the role of Noor in the film. Katrina who will be seen as Firdaus, credits their equation with Aditya to their friendship.

"We have a funny equation. We both have been working for long but obviously I have done many more films. He is a really nice person. He is also part of my friend circle. We knew each other well already."

Fitoor, which was shot in Kashmir, marks Abhishek's fourth film as a director, after his 2013's hit drama Kai Po Che.

Katrina also said that his interpretation of the classic novel fascinated her.

"Fitoor was a script Adi and I were really excited about. I thought it was a beautiful, passionate love story but not a clichéd one; it was very new. Abhishek has got a very unique vision which shows in the films he has made. He has got his sensibilities and his unique take on things. The film is indeed a retelling of Great Expectations but I really liked his adaptation."