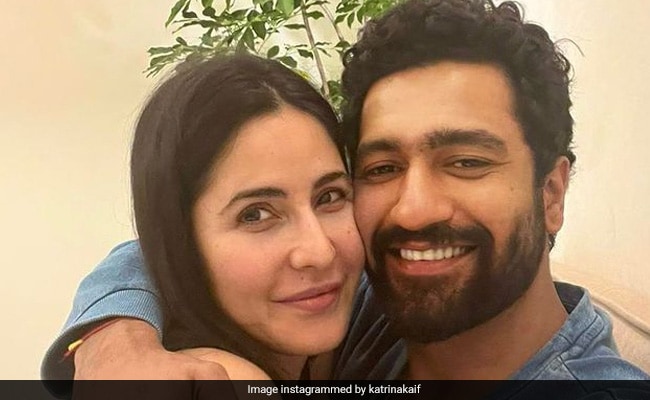 On Sunday, Katrina Kaif shared a mushy post along with Vicky Kaushal as she completes her one-month anniversary. The actress can be seen all smiles along with Vicky Kaushal in the photograph. Sharing the post, Katrina wrote: "Happppyyyyy one month my heart." Reacting to the post, Neha Dhupia dropped a comment and wrote: "Happy happy happy our gorgeous couple, we love you." Actress Vaani Kapoor couldn't stop herself from commenting "Beautiful," on the post. The couple got married on December 9, 2021 at in Sawai Madhopur, Rajasthan. Katrina Kaif and Vicky Kaushal are currently living in their new house in Mumbai.

The couple are neighbours to cricketer Virat Kohli and actress Anushka Sharma who stay in the same building. Right after, Katrina and Vicky dropped their wedding pictures, actress Anushka Sharma shared an Instagram story, where she welcomed the newly-wed. "Congratulations to both of you beautiful people! Wishing you guys a lifetime of togetherness, love and understanding. Also glad you are finally married so that now you can move into your house soon and we can stop hearing construction sounds," wrote Anushka.

In terms of work, Katrina Kaif will next be seen in Tiger 3 with co-star Salman Khan. She was last seen in Rohit Shetty's cop drama Sooryavanshi opposite Akshay Kumar. She will also star in Phone Bhoot with Siddhant Chaturvedi and Ishaan Khatter. The actress will also feature in Jee Le Zaraa with Priyanka Chopra and Alia Bhatt. The film will be directed by Farhan Akhtar and it will be written by Zoya Akhtar and Reema Kagti.