"What a job by the entire team," wrote Katrina Kaif 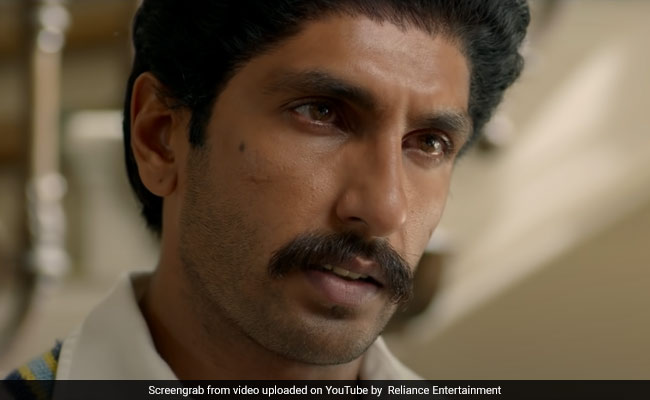 After Rajinikanth, Alia Bhatt, Karan Johar and many other movie stars, Katrina Kaif joined the list of celebs who gave a shout out to Kabir Khan's 83. Katrina Kaif, on Friday, shared a note on her Instagram story, where she wrote: "Love, love, loved this film - it just transports you to that time, that feeling - what a job by the entire team - Sajid Nadiadwala, Reliance Entertainment, Deepika Padukone." Katrina, who has worked with Kabir Khan in Ek Tha Tiger and New York, wrote: "Kabir Khan, you just outdo yourself every time - just so amazed - this is next level." About Ranveer Singh's performance in the film, Katrina wrote: "Arghhhhh ! You just are sublime, pitch perfect in every frame. You just keep raising the bar. Outstanding." 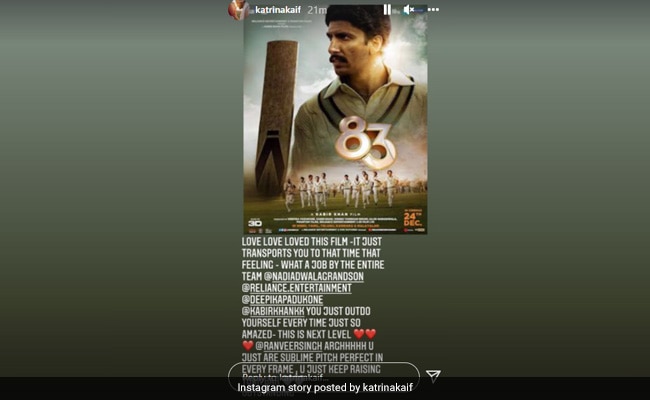 The film opened to stellar reviews. Film critic Saibal Chatterjee, in his review for NDTV, gave the film 4 stars out of 5 and he wrote: "There can be no denying that 83 is the film it is because of the astounding central performance by Ranveer Singh. In fact, it would be inaccurate to call it a performance. The lead actor lives the part and, like Kapil Dev did, leads from the front. There is no pottering around for him. He grasps the role with unbridled passion and meets its demands head-on."