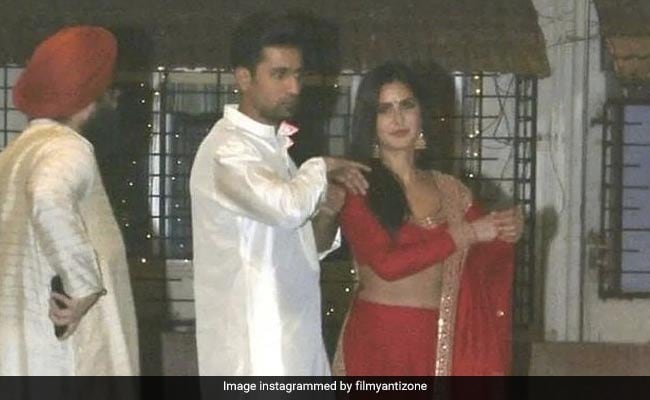 A throwback of Katrina Kaif and Vicky Kaushal from a Diwali party. (courtesy: filmyantizone)

Fans of Katrina Kaif and Vicky Kaushal were delighted when rumours of their roka ceremony surfaced on Wednesday. However, these are only rumours and there's no truth to them. Katrina Kaif's spokesperson told  Zoom TV that contrary to the reports, there has been no roka ceremony and that the actress will begin shooting for Salman Khan's Tiger 3 soon. "There has been no Roka ceremony. She is leaving for Tiger 3 shoot soon," Zoom TV quoted the spokesperson as saying. Earlier this year, Harsh Varrdhan Kapoor appeared on Zoom's chat show By Invite Only and he confirmed that Katrina Kaif and Vicky Kaushal are dating. "Vicky and Katrina are together, that's true. Am I going to get in trouble for saying this? I don't know. I think they're quite open about it," he said.

Much recently, the rumoured couple arrived together at the screening of Shershaah. Earlier this year, the actress shared about her COVID-19 diagnosis on April 6, a day after her boyfriend, actor Vicky Kaushal, tested positive for the virus. 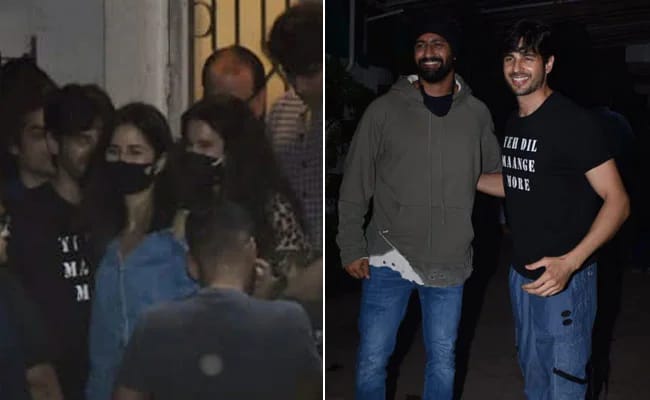 Back in 2019, Vicky Kaushal and Katrina Kaif  trended big time after they were spotted at a dinner date in Mumbai. Photos from the date went insanely viral on social media. ICYMI, this is what we are talking about:

During an episode of Karan Johar's talk show Koffee With Karan 6 in 2018, Katrina Kaif said that she would "look good with Vicky Kaushal on screen." Vicky Kaushal appeared to faint when he was told about Katrina's statement during the show.