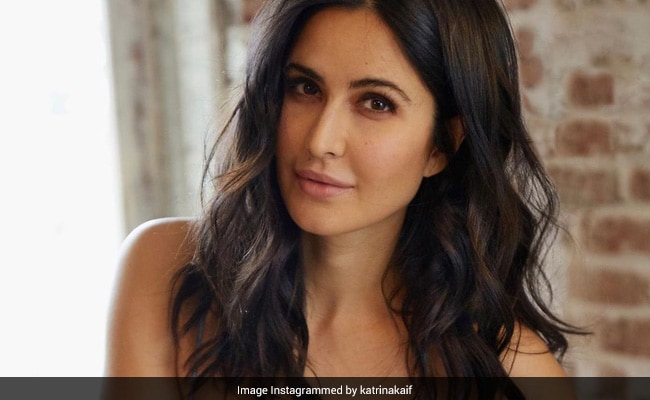 The actress requested all the people around her to get themselves tested. "Requesting everyone who came in contact with me to get tested immediately too." She signed off the statement saying, "Grateful for all your love and support." 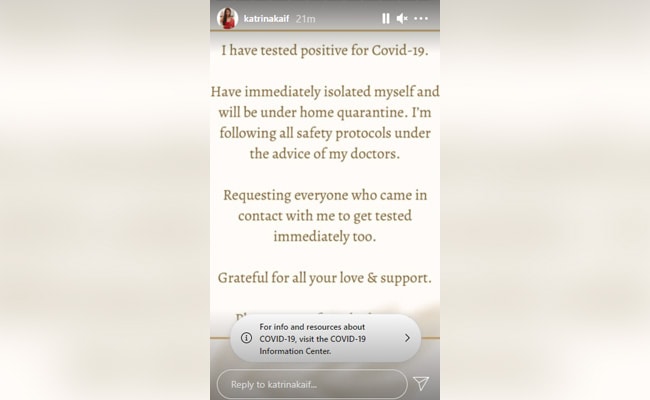 Katrina Kaif's rumoured boyfriend Vicky Kaushal, on Monday, announced that he has contracted the virus. "In spite of all care and precautions, unfortunately, I have tested COVID-19 positive. Following all essential protocols, I am under home quarantine, taking medication as prescribed by my doctor," Vicky said in a statement posted on Instagram.

Katrina Kaif was last seen in Ali Abbas Zafar's 2019 film Bharat, co-starring Salman Khan and Disha Patani. The actress signed a horror comedy titled Phone Bhoot, alongside Ishaan Khatter and Siddhant Chaturvedi. Directed by Gurmmeet Singh, the film will mark Katrina Kaif, Ishaan Khatter and Siddhant Chaturvedi's first film together. It is being backed by Excel Entertainment and is slated to release this year.

Katrina Kaif will soon be seen in Rohit Shetty's Sooryavanshi. The film is slated to release in cinemas on April 30. The film from Rohit Shetty's cop universe stars Akshay Kumar in the lead role and it also features Ranveer Singh and Ajay Devgn in cameo appearances.