Priyanka Chopra posted a picture of her mehendi 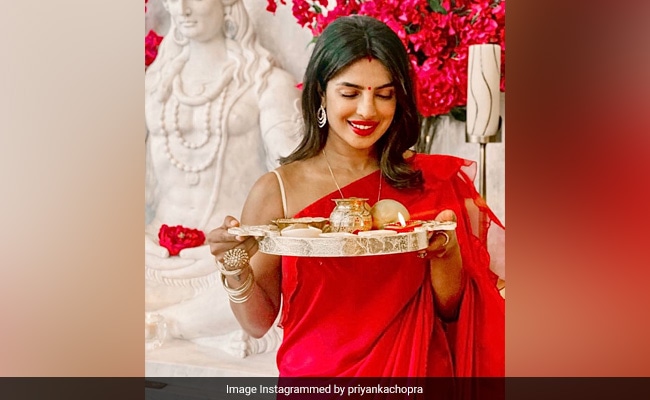 Priyanka Chopra loves to go big on festivals and she did that on Karwa Chauth too this year. The actress, on Friday, shared a picture from her Karwa Chauth festivities. On her Instagram story, the actress shared a picture of her mehendi design and it was the definition of adorable. She had "NJ" (as in husband Nick Jonas' initials) along with a heart designed with henna on her hand. The actress wrote in her caption: "Happy Karwa Chauth to everyone celebrating." Priyanka Chopra and Nick Jonas met at the grand fashion event Met Gala 2017, where they represented designer Ralph Lauren. The singer had shut down an entire Tiffany's store in New York to pick out Priyanka Chopra's ring. He had proposed to Priyanka on her birthday while vacationing in London. They got married at the Umaid Bhawan Palace in 2018. 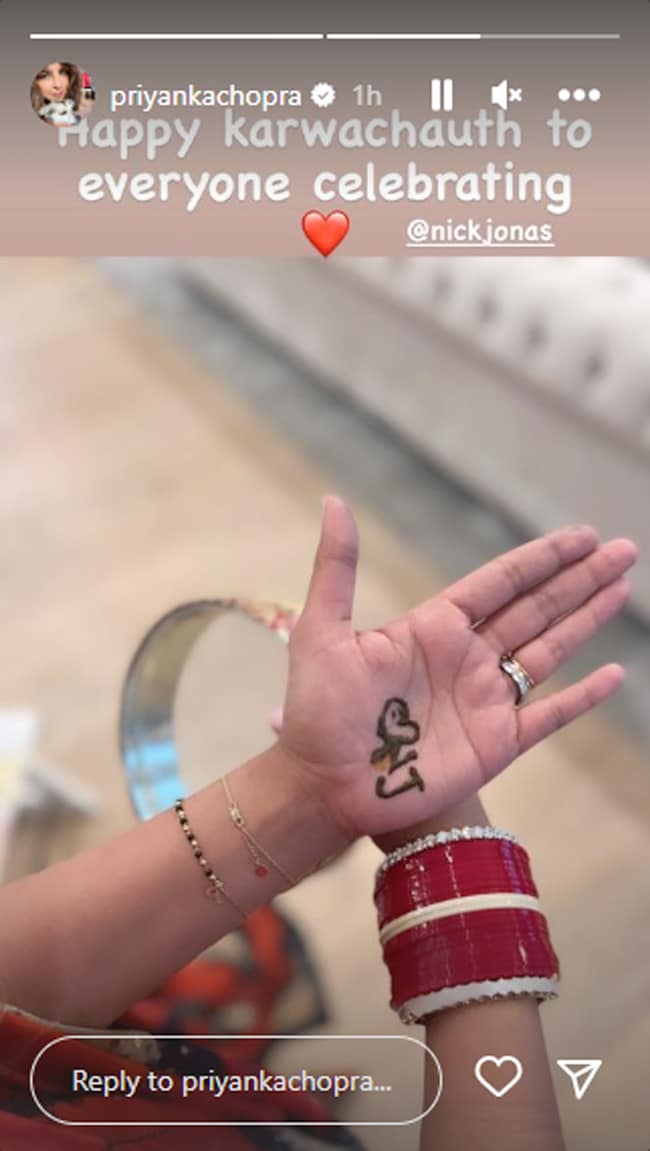 On her husband Nick Jonas' 30th birthday, Priyanka Chopra shared this super cute post for the singer and she wrote: "Happiest birthday my love. May you always have joy in your life and a smile on your face. I love you Nick Jonas."

Priyanka Chopra and Nick Jonas welcomed a daughter in January this year. They named her Malti Marie. Announcing the arrival of their baby, the star couple shared a statement in January. The statement read: "We are overjoyed to confirm that we have welcomed a baby via surrogate. We respectfully ask for privacy during this special time as we focus on our family. Thank you so much."