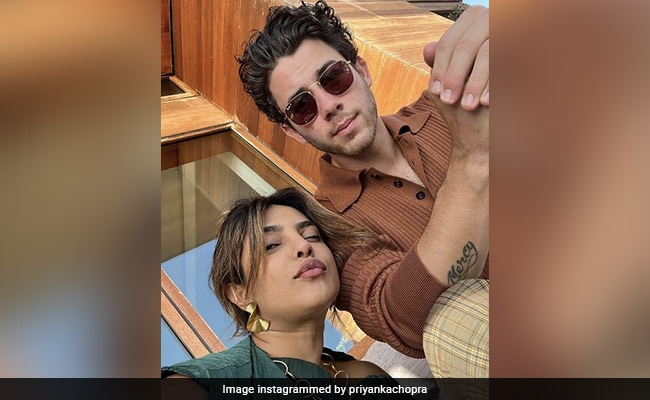 Priyanka Chopra and Nick Jonas are back in Los Angeles, and the actress has shared a video and pictures on her Instagram offering a glimpse of "mommy and daddy's" day out. On Sunday, she shared a video in which we can see Priyanka and Nick on a road trip. She also shared several solo pictures of herself and an adorable picture with Nick. Priyanka looks pretty in a green top paired with chunky sunglasses, while Nick looks dashing in a brown T-shirt and pants. In the caption, she wrote, "Mommy daddy's day out," followed by a  heart emoticon. Priyanka and Nick welcomed their daughter Malti Marie in January.

Priyanka Chopra took her Insta family inside her restaurant Sona's kitchen as she shared a behind-the-scenes video on her Instagram handle. On Saturday, the actress dropped a clip in which she can be seen helping her chefs and relishing delicious delicacies, including Burrata butter chicken pizza, Avocado bhel and Amritsari crispy fried fish. She also talked about her love for Indian cuisine and praised the chefs and the team. In the video, the actress looks pretty in a brown suit and has left her hair open. Sharing the video, she wrote, "Behind the scenes from @sonanewyork's kitchen... clearly I love a lot of things Thank you @harinayak and @harry.nair for all the insanely yummy food. You know I'll be back soon!

Priyanka Chopra recently visited New York with her daughter Malti Marie and kept her fans Updated by sharing adorable pictures on her Instagram handle. Also, she visited her restaurant Sona with her husband, Nick Jonas, and friends, including Sarita Choudhury and Nobel Prize laureate Malala Yousafzai. The actress shared a video on her social media account and in the caption wrote, "A NYC night out with some of my favourites."

Check out Priyanka and Malti Marie's pictures from New York. In the images, they can be seen spending some quality time together. In the caption, she wrote, "Our first trip to the big"

On the work front, Priyanka Chopra will be next seen in Citadel, It's All Coming Back To Me and Jee Le Zaraa.