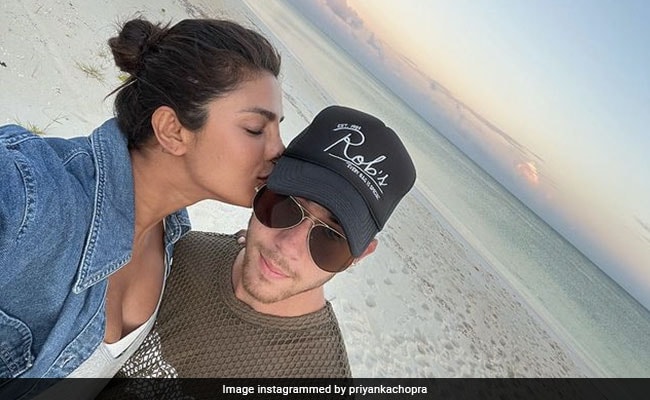 Priyanka Chopra has treated her Insta family to a dashing picture of her husband and singer Nick Jonas. The image is from Nick's recent performance at Global Citizen Festival, where he performed with his brothers - Kevin and Joe. In the image, Nick can be seen in a red formal outfit as he performs on the stage. Sharing the post, she captioned it as "Husband appreciation post." Soon after she shared the post, fans flooded the comment section. A fan wrote, "Wow," others dropped heart, fire and love-struck emoticons.

A few days ago, Nick Jonas also shared pictures from Global Citizen Festival. The first image is of him playing the guitar, while in the second image, he can be seen hugging his wife, Priyanka Chopra. In the caption, he wrote, "Thank you @glblctzn for having us perform today. Proud of you @priyankachopra"

On Monday, Priyanka Chopra dropped a belated International Daughter's Day post on her Instagram stories. In the image, she can be seen having the time of her life with her daughter Malti Marie Chopra Jonas. Sharing an adorable picture, she wrote, "A day late but its always International Daughters' Day in my book." She accompanied the picture with the song Isn't She Lovely. 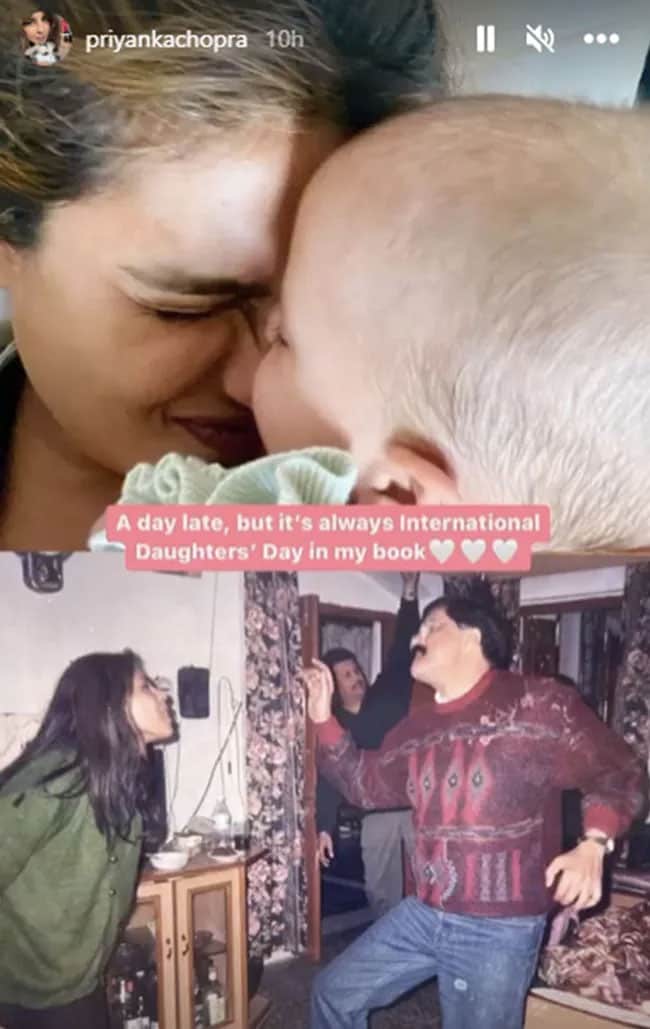 Meanwhile, Priyanka Chopra is having the time of her life in New York. A few days ago, she visited her restaurant Sona with her husband Nick Jonas, Malala Yousafzai and others. In the caption, she wrote, "A NYC night out with some of my favorites." Check out the post below:

Meanwhile, on the work front, Priyanka Chopra was last seen in Matrix 4. Next, she will be seen in Russi Brothers' Citadel and It's All Coming Back To Me, co-starring Sam Heughan and others.