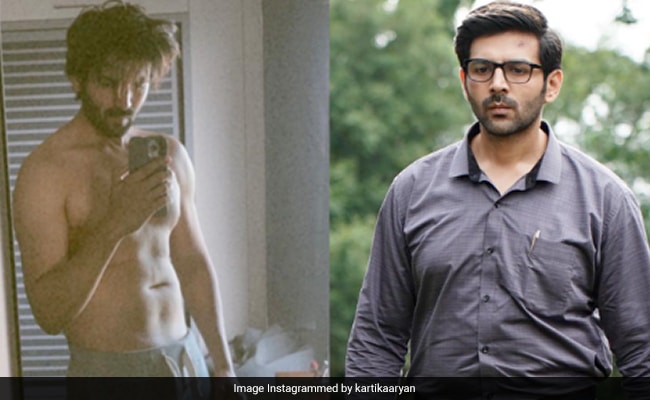 Kartik Aaryan, in his latest Instagram post described his experience of working on his film Freddy. The actor, on Thursday, shared a collage of his pictures from the time when he was fit to the time when he gained weight to play his character in the film. The actor through his caption also explained how challenging it was for him to play the character of Dr Freddy and how the process gave him sleepless nights. Sharing the post, the actor wrote, "This is the Origin Story of Freddy which put me under a lot of physical strain and sleepless nights, Seldom comes such opportunities where we get to showcase a completely different side and Freddy is that character."

Along with his transformation picture, the actor also shared a clipping of an article that stated that the actor gained 14 kgs for his role in Freddy.

Other than Kartik Aaryan, actors like Aamir Khan and Salman Khan have also gone under such physical transformations, where they have gained weights to fit their roles in their films like Dangal and Sultan respectively.

Freddy, directed by Shashanka Ghosh, also stars Alaya F in the lead role. The film will stream on DisneyPlus Hotstar on December 2.

Just a few days ago, Kartik Aaryan shared the trailer of the film and revealed the film's release date. Sharing the trailer, the actor wrote, "Welcome to the World of Freddy. Appointments open 2nd December 2022."

In Freddy, Kartik Aaryan plays the role of an introverted dentist, who is also a serial killer.

On the work front, Kartik Aaryan who was last seen in Bhool Bhulaiyaa 2, co-starring Kiara Advani, will also be seen in Satyaprem Ki Katha and Shehzada among others.