Kartik Aaryan will be next seen in Freddy, while Pashmina Roshan will make her acting debut with Ishq Vishk Rebound 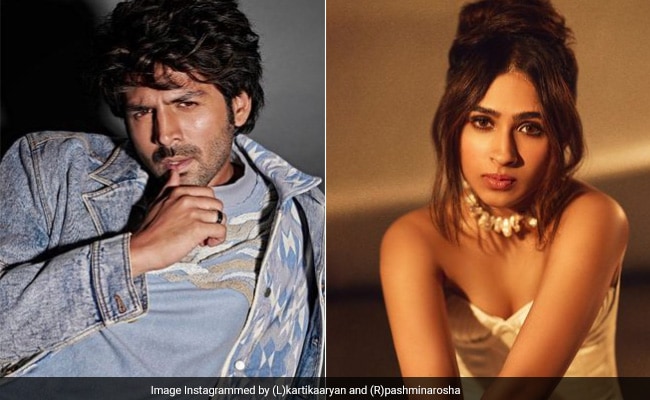 Kartik Aaryan has been creating a heavy buzz on the Internet after reports of him reportedly dating Hrithik Roshan's cousin Pashmina Roshan went viral. Now, a source close to the actor has rubbished the reports and said that he has "no time to invest in a relationship". Speaking to News18, the source said, "There is no truth to these link-up stories. Kartik has been jumping from one film to another. The year has been super hectic for him with Bhool Bhulaiyaa 2 release earlier this year and Freddy now plus shooting for Shehzada and Satya Prem Ki Katha. He is at the top of his game is absolutely focused on his work. There is no time to invest in a relationship."

Pashmina Roshan is the daughter of Rajesh Roshan and the niece of Rakesh Roshan. She is all set to make her Bollywood with Ramesh Turani's Ishq Vishk Rebound, a sequel to the 2003 film Ishq Vishk, starring Shahid Kapoor and Amrita Rao. The sequel also stars Rohit Saraf, Kabhi Khushi Kabhie Gham child star Jibraan Khan (it will mark his debut as an adult) and Naila Grewal.

Coming back to Kartik Aaryan, reportedly, he dated his co-stars Ananya Panday and Sara Ali Khan.

On the work front, he is busy shooting for his next film Satya Prem Ki Katha with Kiara Advani and keeps updating his Insta family with pictures and videos from the sets. A few weeks ago, he shared a video and captioned it as, "Aaj ka Surya Grahan"

Also, on Monday, the actor unveiled the teaser of his upcoming film, Freddy, co-starring Alaya F. Check out the teaser below:

Freddy will stream on Disney+Hotstar on December 2 this year.