"We Will Be Recasting Dostana 2," Tweets Dharma Productions 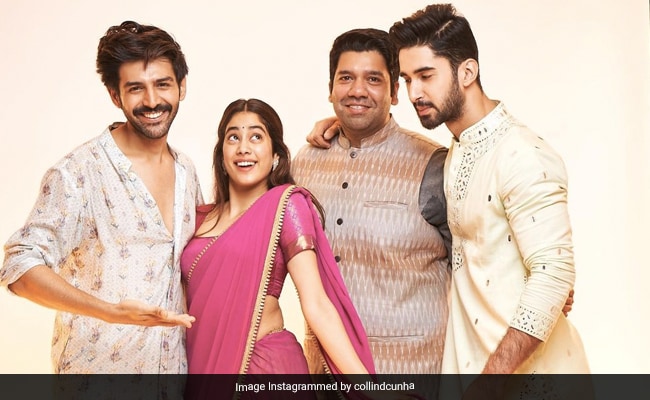 Dharma Productions'Dostana 2 has been in the headlines since its announcement. The film is being helmed by director Collin D'Cunha. Karan Johar had announced in 2019 that Kartik Aaryan, Janhvi Kapoor, and Lakshya will star in this film. Dharma Productions, on Friday evening, announced in a tweet that that the lead star of the film, Kartik Aaryan, has been dropped and he won't be a part of this film anymore. Dharma Movies' official Twitter page shared a tweet that read, "Due to professional circumstances, on which we have decided to maintain a dignified silence - we will be recasting Dostana 2, directed by Collin D'Cunha. Please wait for the official announcement soon."

Sources told NDTV that that the producers had to take this decision because Kartik Aaryan has been acting difficult with the makers. The film is already half shot and now it's going to be a challenge for the makers to reshoot it with a new actor who fits the part. "Yes, it's true that this project won't have Kartik Aaryan anymore. I can't tell you all the reasons but yes, it's not been a pleasant experience so far, that's all I can say. It has never happened in the history of Dharma Productions that an actor who has shot a film has been dropped," a source at the production house told NDTV.

This means a huge monetary loss for Dharma Productions as they have to reshoot half a film all over again and also cover-up on the lost time. Sometime back, there were also rumours of Kartik and Janhvi Kapoor's break, which could have played a role in this huge professional debacle.

Kartik, who was excited to be a part of the project, had earlier told news agency PTI: "The evolution is from one Dostana to the other. Dostana one that released in 2008 and the Dostana 2 that's releasing in 2020, you will see that the representation is accurate, non-caricaturish and on point, talking about sexuality in a way that will not make you cringe while watching it. So therein lies the fact that in the last 12 years, there has been a solid change in the way we depict gay characters. Even in Kapoor & Sons and the way it was depicted."

NDTV reached out to Kartik Aaryan for a comment but the actor did not respond.

Koffee With Karan 7: Aamir Khan On Ex-Wives Kiran Rao And Reena Dutta - "We Get Together Once A Week"