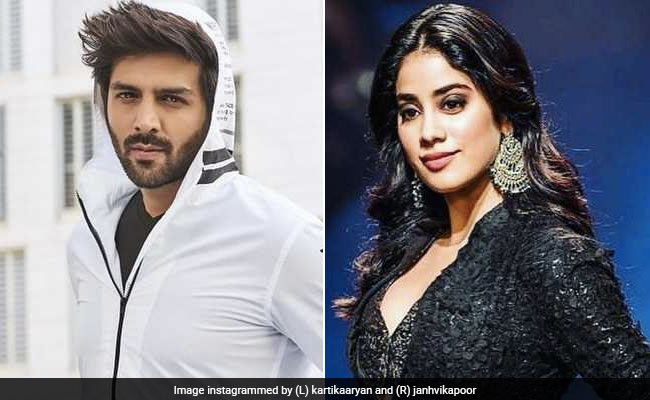 After much ado, the makers of Dostana 2 unveiled the cast of the film on social media and we can't keep calm. The film will feature Kartik Aaryan and Janhvi Kapoor in the lead roles. Wait, that's not it! The makers of the film kept some mystery intact and revealed that the film will also star another actor, who they referred to as a "suitable boy." It will be interesting to see if the aforementioned "suitable boy" will be played by a well-known Bollywood actor or if a fresh face will be cast for the role. The film will be directed by Collin DCunha and it will be produced under Karan Johar's banner Dharma Productions.

Kartik Aaryan made a Dostana reference in his post by quoting a dialogue from the first installment of the film and wrote: "Maa da laadla bigadne wala hai." He added, "Can't wait to take this franchise forward with my partners in crime Janhvi Kapoor Collin DCunha and the "suitable boy."

Film's producer Karan Johar aroused the curiosity of fans to a great extend on Wednesday after he shared a video on his Instagram profile and wrote: "Got a ring to it, doesn't it? You know what it is. Stay tuned and watch this space - announcement coming your way tomorrow!"

The return of the franchise with unlimited madness! @kartikaaryan, @janhvikapoor & a soon to be launched fresh face - making it the trio for #Dostana2, directed by @collindcunha. Watch out for the third suitable boy! @apoorva1972 @dharmamovies

Dostana released in 2008 and it featured Priyanka Chopra, John Abraham and Abhishek Bachchan in lead roles. The film was directed by Tarun Mansukhani and also featured Bobby Deol and Kirron Kher and Boman Irani.

Dostana is about a love triangle between three roommates. The film showcases the story of Sam ( played by Abhishek Bachchan) and Kunal ( John Abraham), who pretend to be gay in order to get an apartment. However, both the guys fall in love with their roommate Neha.