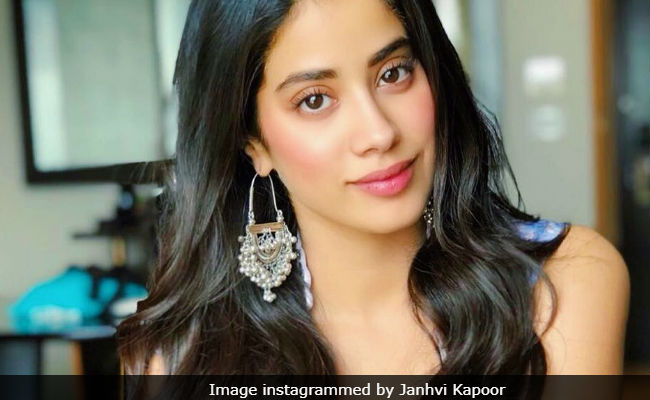 Reports of Janhvi Kapoor being cast opposite Sidharth Malhotra in Dostana 2 started doing the round on social media on Monday but filmmaker Karan Johar, who owns the film series, rubbished the rummours in one tweet. "Hello!!! All news circulating about Dostana 2 is untrue. Lots of speculation which is entirely baseless," he tweeted on Monday night. As of now, Janhvi, who debuted in Karan Johar-produced Dhadak, only has Takht up her sleeve. Takht, which also stars Ranveer Singh, Kareena Kapoor, Alia Bhatt, Bhumi Pednekar and Vicky Kaushal, is a period drama, which will be directed by Karan Johar.

Dostana released in 2008 and it featured Priyanka Chopra, John Abraham and Abhishek Bachchan in lead roles.

Hello!!! All news circulating about DOSTANA 2 is untrue!!! Lots of speculation which is entirely baseless!!!

After the success of Dhadak, fans of Janhvi Kapoor, who is the elder of late actress Sridevi's two daughters, want to see her in more films. Dhadak, which was based on Marathi film Sairat featured Janhvi opposite Ishaan Khatter. The Shashank Khaitan-directed film opened to lukewarm reviews and collected over Rs 70 crore, which is good business for a newcomer's film.

Meanwhile, Karan Johar is currently filming the episodes of his talk show Koffee With Karan, the sixth season of which premieres in October. Karan Johar shared a teaser poster of the show over the weekend along with the show's air date:

And here it is!!! #KoffeeWithKaran , premieres 21 Oct, Sundays 9 PM. @StarWorldIndiapic.twitter.com/pmmPLwnujX

Apart from Koffee With Karan and Takht, Karan Johar's attention is on