Dhadak Director Shashank Khaitan On Criticism: 'It's A Lesson Learnt'

"Next time, when I approach a topic like that I will be more sensitive," says Shashank Khaitan 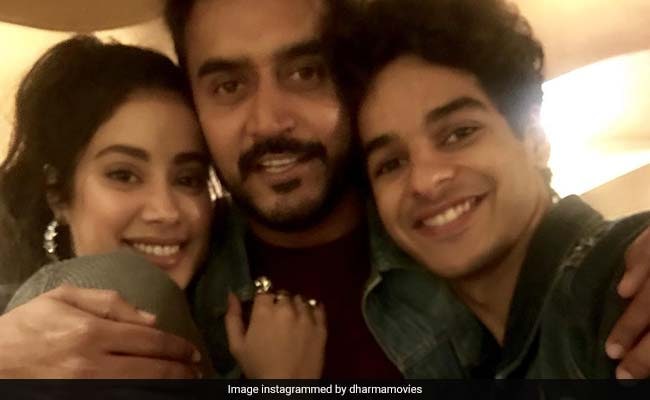 Dhadakmay have been celebrating its box office crores but the treatment of its subject in the film has garnered some sort of criticism. Dhadak is the Hindi remake of Marathi blockbuster Sairat, which deals with issues like of caste discrimination and honour killing, which are still socially prevalent in some quarters. Soon after the film hit screens, director Shashank Khaitan has been accused to have whitewashed caste politics, of which he's well aware of, reported news agency PTI. "We did not use the words to verbalise it, but cinema is an audio-visual medium so I thought we have visually achieved it. Apparently, we should have been bit more open about it," Mr Khaitan said at a media interaction in Mumbai recently.

Shashank Khaitan added that he should have been more meticulous and sensitive in his approach towards the subject: "It is a lesson learnt. I don't think we brushed it aside. I don't think we have shied away from it. Maybe, we have not been in your face. Next time, when I approach a topic like that I will be more sensitive," PTI quoted him as saying.

In accordance with the storyline of Sairat, the plot of Dhadak unfolds gradually as Parthavi, the daughter of an influential politician (played by Ashutosh Rana), falls in love with Madhukar (played by Ishaan Khatter), a college-mate. "Our film doesn't give an answer, but it makes you think. And what is the moral responsibility that we all need to think. Such incidents (honour killings) do happen almost every day, there is no answer to this and I don't know when this will end. We are trying to say this is wrong. It should stop. We all are looking for that answer," Mr Khaitan added to his point.

Anticipating Dhadaki was to be inevitable compared with Sairat, Janhvi had told PTI her new film attempts to unveil the "ugly truth" as opposed to glorifying class divide: "Just a few days ahead of the film's release that I feel up until this point, a lot of films in mainstream Bollywood have glorified that divide. Because it creates a sort of conflict that 'I can't live without the love of my life'. I feel they have glorified that divide a little bit. But I think, it should be condemned and with Dhadak, we have set out to condemn it. That it's a harsh reality. Dhadak is not a Bollywood saga that ends with either the parents agreeing or typical, magnificent ending. It's an ugly truth."

Meanwhile, Karan Johar, the producer of Dhadak said creating the remake got him seleepless nights: "I was not nervous, I was petrified and I am still. Every time you touch a piece of art and recreate it and adapt it, there is always a mental fear. This is not anywhere meant to be compared to Sairat, it is a fan boy's homage to the original source material. I see so many people watching Sairat after Dhadak. It is an achievement of a homage, of a fan. You can never compare it with the brilliance of that film."

Dhadak opened to mixed reviews and good box office numbers on July 20. It has collected over Rs 51 crores in its first week and continues to bring in box office crores.