Janhvi Kapoor said: "With Dhadak, we have set out to condemn the class divide" 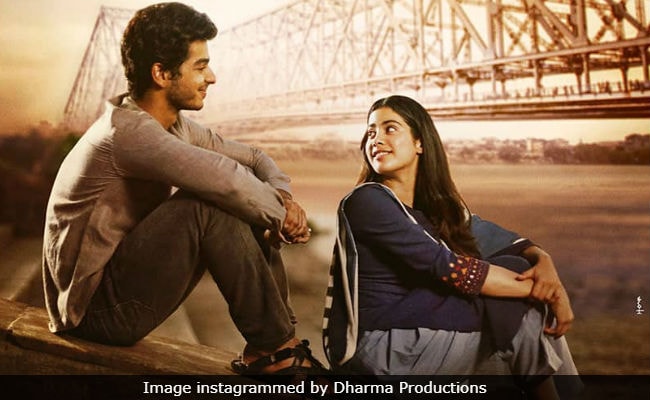 Janhvi Kapoor says that her debut film Dhadak is not a 'typical Bollywood saga' which whitewashes the "harsh reality" of the society, reports news agency PTI. Dhadak is the Hindi remake of Marathi film Sairat, which explored the themes of class divide and honour killing and Janhvi told PTI that like Sairat, her film also talks about class divide without glorifying it. "I feel up until this point, a lot of films in mainstream Bollywood have glorified that divide. Because it creates a sort of conflict that 'I can't live without the love of my life'. I feel they have glorified that divide a little bit. But I think, it should be condemned and with Dhadak, we have set out to condemn it. That it's a harsh reality. Dhadak is not a Bollywood saga that ends with either the parents agreeing or typical, magnificent ending. It's an ugly truth," Janhvi told PTI.

"I remember Shashank (director Shashank Khaitan) and I talking about how classism is prevalent not only in the lesser-educated sections of the society but also in the well-educated strata," she added.

Dhadak borrows the primary plot from Sairat and relocates the set-up from Maharashtra to Udaipur, where Janhvi plays the role of Parthavi, the daughter of an influential politician (played by Ashutosh Rana), who belongs to an erstwhile royal family. Speaking about her character, Janhvi told PTI: "Archie's character (in Sairat, played by Rinku Rajguru) was so inspiring to a lot of young girls. She didn't have to be saved. I'm fortunate to play Parthavi. She's also assertive like Archie, but a lot of that comes with her sense of pride and responsibility that she belongs to an effluent royal family."

Dhadak also stars Ishaan Khatter, who featured in Iranian director Majid Majidi's Beyond The Clouds. Speaking about her co-star, Janhvi said: "I feel one film is worth a number of experiences, not only as an artiste but also as an individual that helps you channel a plethora of emotions. It's only going to be good for me and the film. I know Ishaan has helped me react well on screen but he never tried to impose. I learnt a lot from him," reports PTI.

Dhadak is produced by Karan Johar and the film opens in theatres on July 20.