Janhvi Kapoor On Dhadak's Comparison With Sairat: "Give Our Film A Chance" 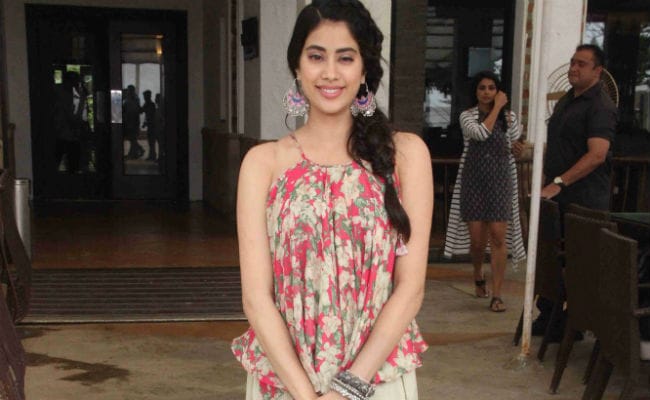 Janhvi Kapoor at an event in Mumbai.

Janhvi Kapoor, who is all set to make her Bollywood debut with Shashank Khaitan's Dhadak, recently said that she is aware of people's love for the "iconic" film Sairat, the inspiration for her film. She also requested the audiences to give the film a chance, reports news agency IANS. Janhvi talked about how Dhadak aims to present the same story with a fresh perspective and told IANS: "Sairat is really special and iconic film but we are trying to show that story through new perspective. We just want one chance from the audience to watch the film as we have made this with lot of hard work and honesty."

Apart from the film, Janhvi even talked about how she is thankful for all the love that her family has received over the years but she doesn't believe in paying much attention to the pressure of maintaining the Kapoor legacy. "There is some kind of pressure but I don't want to give much attention to it. The kind of love my family has received over the years, we all are very thankful to that. I want to earn same amount of love and appreciation from audience for myself.

Other than Janhvi Kapoor, Dhadak also features Ishaan Khatter and Ashutosh Rana. The film has been produced under Karan Johar's Dharma Productions and will hit the screens on July 20.