3 Years Of Dhadak: Janhvi Kapoor And Ishaan Khatter Reveal Why The Film Is Special 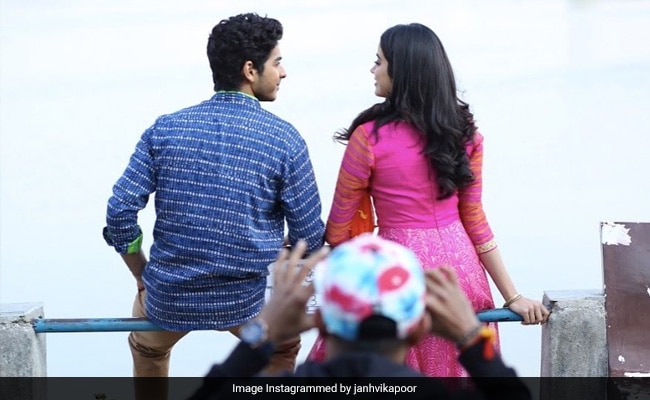 Filmmaker Shashank Khaitan's film Dhadak clocked three years today, and the film's lead duo Janhvi Kapoor and Ishaan Khatter marked the day by dedicating an Instagram post each to the film's anniversary. Dhadak marked Janhvi and Ishaan's debut in Bollywood. Recalling working with the team of the film, Janhvi Kapoor shared several BTS pictures from the film's set. She complemented the pictures with a short note and revealed why Dhadak will "always be special" for her. "#Dhadak Always special. For the people, the memories, the lessons and all of the love," Janhvi Kapoor wrote in the caption of the post. Janhvi's post received many comments from her fans who dropped heart emojis in the comments section of her post.

Ishaan Khatter also marked the day with an Instagram post. Just like Janhvi, Ishaan also shared a bunch of BTS throwbacks from the film's set. The pictures featured him, Janhvi and the crew of the film. In the caption, Ishaan extended gratitude toward his fans for pouring in love for the film. "3 years of Dhadak!!! Will remain a special one for all of us who worked on it... And to the fans, thank you for all the love that pours in still for the film, I see you all," Ishaan Khatter wrote in the caption of the post.

As mentioned above, Dhadak was directed by filmmaker Shashank Khaitan and it marked both Janhvi and Ishaan's debut in Bollywood. Dhadak is a romantic film based on Nagraj Manjule's hit Marathi movie Sairat.