Kareena Kapoor, who has been using Instagram for two months, is an active user of the application 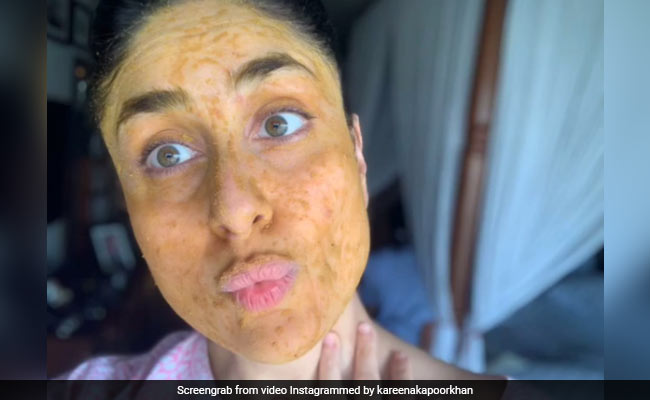 Kareena Kapoor chilling with a face mask on. (courtesy: kareenaakapoorkhan)

There is absolutely no denying the fact that if there is someone who is totally acing the no-makeup look, it has to be Kareena Kapoor. Also, the actress' Instagram game is getting better and better by the day. The actress, who has been actively sharing posts from different facets of her life, shared a picture of herself in a face mask on Thursday. She revealed in her post that her summer essentials include messy buns, kaftans and homemade masks. She wrote: "Summer essentials: Messy bun, kaftan and homemade masks." She added the hashtags #HotMess #HomemadeMasks and #KaftanSeries to her post.

On Wednesday, Kareena shared a sun-soaked selfie on Instagram with a sassy caption, that read: "Because eye-shadow is too mainstream."

Because eye-shadow is too mainstream!

Meanwhile, the Jab We Met actress trended big time on social media courtesy a video, in which she could be seen doing back-to-back Suryanamaskars. The video was shared by celebrity yoga trainer Rupal Sidhpura Faria.

Kareena's husband Saif Ali Khan and his son Taimur frequently make appearances on her Instagram profile. On Mother's Day this year, the 39-year-old actress shared a picture with Taimur and wrote: "This pretty much sums up Mother's Day and well... Every other day with Tim (Taimur).Happy Mother's Day."

This pretty much sums up mother's day and well... every other day with Tim #HappyMothersDay

Here's What Aishwarya Rai Bachchan, Back Home From Hospital, Shared On Raksha Bandhan