For Kareena Kapoor, "Eye-Shadow Is Too Mainstream." See Her Sun-Kissed Pic

"You are just so very beautiful," commented designer Manish Malhotra 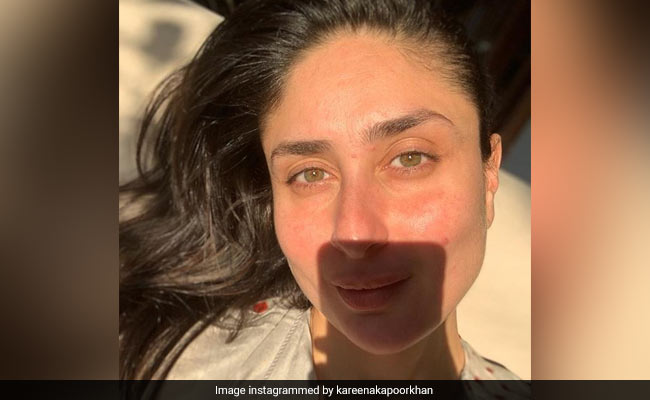 Kareena Kapoor thinks that "eye-shadow is too mainstream" so she gave her latest selfie a new twist. The actress, on Tuesday, posted a new picture of herself on her Instagram profile and needless to say, her flawless skin and her no-makeup look left her fans in awe. In the picture, Kareena can be seen taking a selfie while basking in the sun. It wouldn't be wrong to say that the sunlight makes the actress look more gorgeous. Sharing the selfie, Kareena captioned it in her own style. She wrote: "Because eye-shadow is too mainstream!" Take a look at the actress' post here:

Because eye-shadow is too mainstream!

Minutes after Kareena shared the photo, her friends from the industry dropped comments on her post. While Kareena's BFF Amrita Arora wrote: "Hahahahaha," designer Manish Malhotra commented: "You are just so very beautiful."

This isn't the first time Kareena's sun-kissed selfie has left her fans wanting more. In one of her previous posts, the actress shared a selfie of herself soaking up the Mumbai sun in the lockdown. "Sunshine on my mind... and my face," she captioned her post.

Sunshine on my mind... and my face

On the work front, Kareena Kapoor was last seen in Angrezi Medium, which released shortly before the nationwide lockdown was imposed in India. The film also featured late actor Irrfan Khan, Dimple Kapadia, Radhika Madan, Pankaj Tripathi and Deepak Dobriyal. Kareena will next be seen in Karan Johar's period drama Takht and Lal Singh Chaddha, in which she will share screen space with Aamir Khan. Lal Singh Chaddha is a remake of the 1994 film Forrest Gump, which featured Tom Hanks in the lead role.