Kareena Kapoor's Current Mood Is The Same As Ours. See Her Post 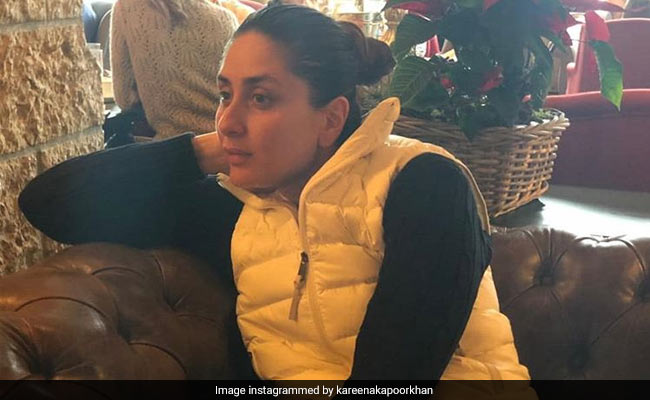 Kareena Kapoor is so looking forward to 2021.The actress, who is an active Instagram user and frequently shares pictures on her social media handle (mostly dominated by her Kaftan diaries and facemask selfies), posted a goofy picture of herself with one helluva caption. She wrote: "Waiting for 2021." Dressed in a fairly casual puffer jacket and t-shirt, Kareena can be seen looking away from the camera in the picture. Kareena's Instafam found her post relatable and the comments on her post reflect that. "I think we all are waiting," wrote a fan. "Same," added another. "Same here. Hope 2020 just speeds up," read another comment.

On Thursday, Kareena posted a set of pictures with her friend Reenaa Pilla Gupta on Instagram. She captioned the post: "Some friendships just don't need a definition...They are embedded forever. Us and now, Tim and Ranvir."

Some friendships just don't need a definition... they are embedded forever @reenz290 Us and now Tim and Ranvir

Kareena Kapoor, who recently clocked 20 years in Bollywood, shared her first ever shot from her debut film Refugee, co-starring Abhishek Bachchan and she wrote in her post: "My first shot was at 4 am... I woke up this morning at 4, looked in the mirror, and said to myself that this was the best decision I could have ever taken. 20 years of hard work, dedication, and self-confidence."

My first shot was at 4 am... I woke up this morning at 4, looked in the mirror, and said to myself that this was the best decision I could have ever taken. 20 years of hard work, dedication, and self-confidence... I am extremely grateful to all my fans for all your love, support, and strength... Thank you #JPDutta for my life in the movies... @bachchan for being the sweetest co-star... and every single person involved in this film. Want to go back in time... #20YearsAndNotGivingUp

In terms of work, Kareena Kapoor was last seen in the 2020 film Angrezi Medium, co-starring late actor Irrfan Khan, and actress Radhika Madan. Kareena will next be seen in Karan Johar's period drama Takht with an ensemble cast, and Aamir Khan's Laal Singh Chaddha, which is a remake of the 1994 film Forrest Gump.