Kareena Kapoor Shares A Post For Her Friend. Taimur's Pic Takes The Cake

"Some friendships just don't need a definition... they are embedded forever," wrote Kareena 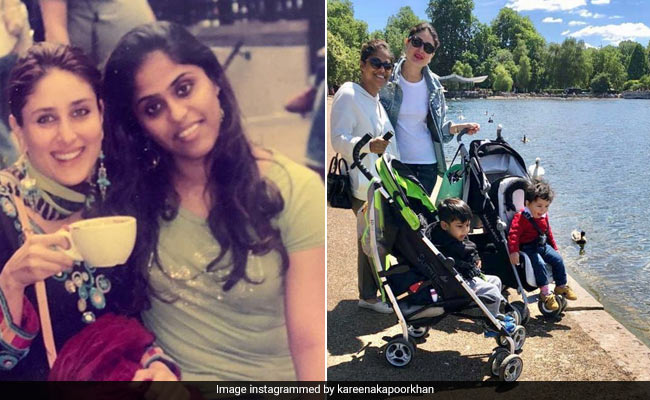 Kareena Kapoor's latest post will definitely give friendship goals. The actress, on Thursday, dedicated her latest post on Instagram to her friend Reenaa Pillai Gupta and shared how their friendship has grown stronger year by year. Kareena shared an album, comprising a throwback photo of herself and her friend and a recent photograph of them with their kids, respectively, and wrote about how her son Taimur shares the same rapport with her friend's son that she has shared with her over the years. While Kareena's post grabbed the attention of her fans, it was tiny Taimur's picture that stole the spotlight on the Internet.

Sharing the photos, Kareena also wrote a very special note for her friend. She captioned her post like this: "Some friendships just don't need a definition... they are embedded forever. Us and now Tim and Ranvir."

Some friendships just don't need a definition... they are embedded forever @reenz290 Us and now Tim and Ranvir