Kareena Kapoor and Saif Ali Khan have defined couple goals in Bollywood for years. Kareena Kapoor, who is also quite the social media queen, often shares loved-up images of her husband on Instagram. The latest on this list is an image that Kareena clicked of Saif inside a plane. Here, Saif is dressed in a white shirt and is covering his face. In a note, she said, “And of course. Husband – stop taking my pictures for your gram. Me - can't stop, won't stop.” Kareena also added a heart emoji at the end of the note. She also added a timestamp that said: “Friday at 7:18 am.” 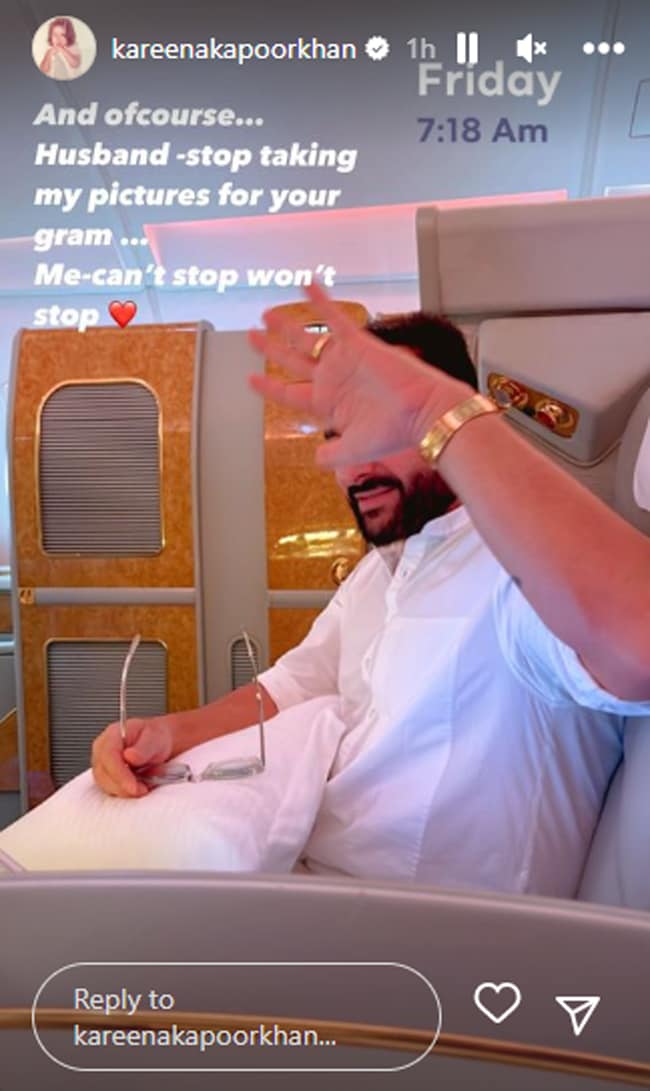 In the previous Instagram Stories, Kareena Kapoor gave us a glimpse of the in-flight monitor that says, “Dubai to Jeddah.” 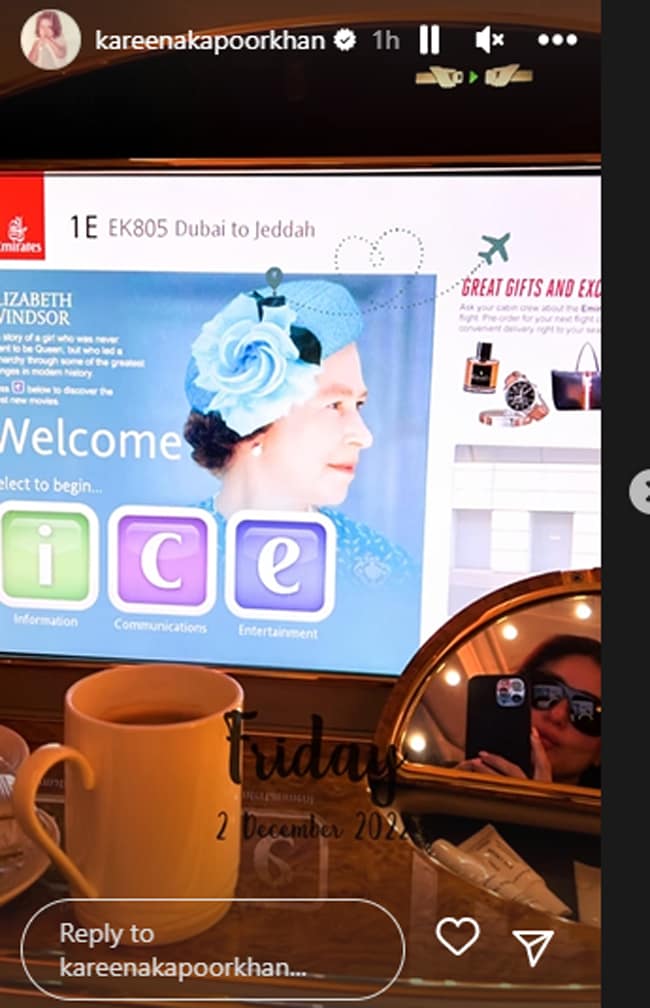 A few days ago, Kareena Kapoor sent the Internet into a tizzy by sharing a set of images of her striking face. She also referenced a famous dialogue from Kabhi Khushi Kabhie Gham in the caption and said, “Good looks…good looks…andd good look.” For the unversed, the caption is a reference to one of Poo's – Kareena's character in the film – most iconic dialogues. Replying to the post, Katrina Kaif said, “The best looks.”  Well, we have to agree with Katrina here.

On the work front, Kareena Kapoor recently wrapped up the shooting schedule for her upcoming project with Hansal Mehta. Sharing a series of pictures with her team, the actress wrote, “As they say it's the journey never the destination…make it worthwhile…”

Kareena Kapoor also dedicated another post to Hansal Mehta and wrote, “A director's actor…always. Easy, sharp, instinctive and cool…been an absolute pleasure Hansal Mehta. This one is special, guys. Mumbai, see you soon…”