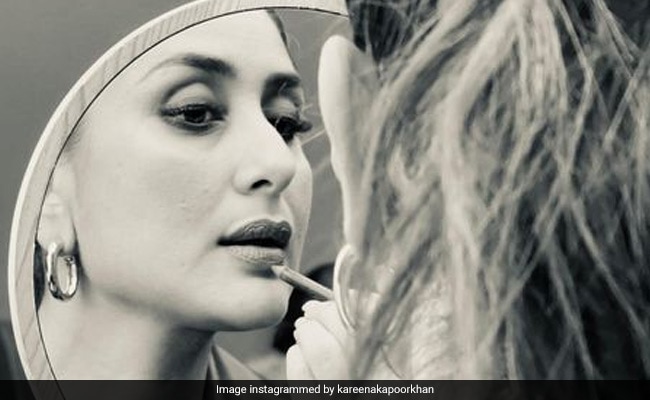 Attention, everyone. Kareena Kapoor aka Poo is here and you can't afford to miss it. Oh yes, we have a Kabhi Khushi Kabhie Gham reference waiting for you. After all, it's everyone's favourite the quintessential Poo we are talking about and when OG Kareena does it herself, things get all jazzed up. Here, we have some stunning pics of the actress. She is getting ready for an outing. While it is hard to tear our eyes away from the pics, the caption just can't be ignored. “Good looks…good looks…andd good looks…,” she wrote. Hope you read the caption the way it has to be. After all, it's Poo's evergreen dialogue from her Prom checklist. According to Kareena's character in the film, Poo ke saath prom jaane ke liye tum sabko teen departments mein brilliant hona chahiye ... and that is good looks, good looks and good looks. Isn't she PHAT [Pretty Hot And Tempting]?

Katrina Kaif was among the first to drop a comment under the post. She wrote, “The best looks.” Shaira Ahmed Khan dropped a fire emoji. Meanwhile, fans have flooded the comments section with fire and red hearts. Another fan added, “Jawline to die for.”

Well, to amp up the mood, we have the clip from the film waiting for you:

Kareena Kapoor's character in the film Kabhi Khushi Kabhie Gham has a fanbase of its own. From Ananya Panday and Janhvi Kapoor to fans, including us, everyone, at some point, has channelled the inner Poo.  Remember the time when Ananya Panday recreated Poo's introduction scene in K3G? From the dress to the dialogues, Ananya nailed it and how. So much so that Kareena gave her a thumbs up. Along with the clip, she wrote, “It's my birthday today and it's Halloween tomorrow so obviously I had to dress as my all-time favourite POO! Obviously not even a patch on Kareena Kapoor. I'm just a fan having a gala time. Don't shout at me Karan Johar.”

Meanwhile, Kareena Kapoor recently wrapped up the shooting schedule for the upcoming film with Hansal Mehta. Sharing a series of pictures with her team, the actress wrote, “As they say it's the journey never the destination…make it worthwhile…”