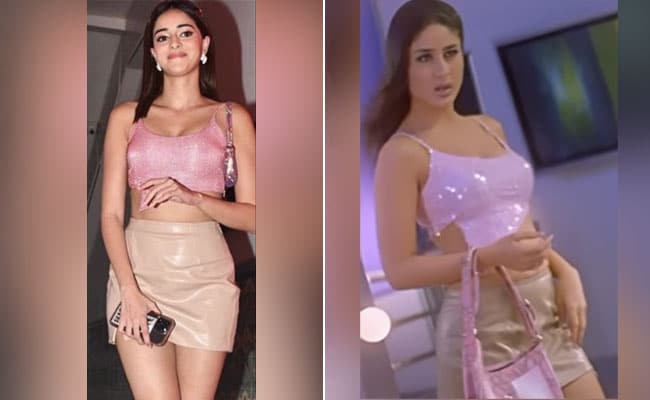 It is Ananya Panday's birthday today. The actress has turned 24. Oh, and, the award for the best birthday wish goes to Kareena Kapoor. Not to forget that it comes with a filmy twist. Kareena has shared pictures of Ananya from the Halloween party hosted by Orhan Awatramani. FYI: Ananya channelled her inner Poo. She picked a shimmery top and mini skirt reminding us of Kareena's Poo from Kabhi Khushi Kabhie Gham. Well, well, the look was approved by none other than Kareena herself. Along with a collage of pics featuring Ananya, Kareena wrote, “You looked PHAT,” with a winking eye emoji. For the unversed, according to “Poo,” PHAT translates to “Pretty, hot and tempting.” Kareena added, “Happy Birthday you star lots of love”. 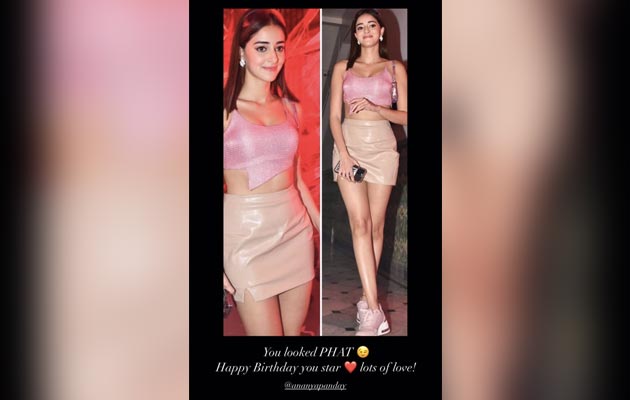 Ananya Panday, in general, seems to be fascinated by Poo from Karan Johar's Kabhi Khushi Kabhie Gham. Well, who doesn't? To mark 20 years of the film, Ananya Panday recreated the scene where Hrithik Roshan's Rohan tells Poo that she is wearing mismatched shoes. Ananya was joined by Dhairya Karwa. In the caption, she stated, “No one can do it like Kareena Kapoor Khan and Hrithik Roshan, this is just two fans trying very very hard. I can practically recite this whole film so thank you Karan Johar, you make us all believe in happy endings.”

Ananya Panday, who is the daughter of actor Chunky Panday and Bhavana Pandey, made her Bollywood debut with Student of the Year 2 in 2019. She was last seen in Liger alongside Vijay Deverankonda. She will be next seen opposite Ayushmann Khurrana in Dream Girl's sequel. She also has Kho Gaye Hum Kahan in the pipeline.