Janhvi Vs Alia Vs Ananya: There's A Poo Inside Them All

On the 20th anniversary of Kabhi Khushi Kabhie Gham, Bollywood stars have been recreating some iconic scenes from the film 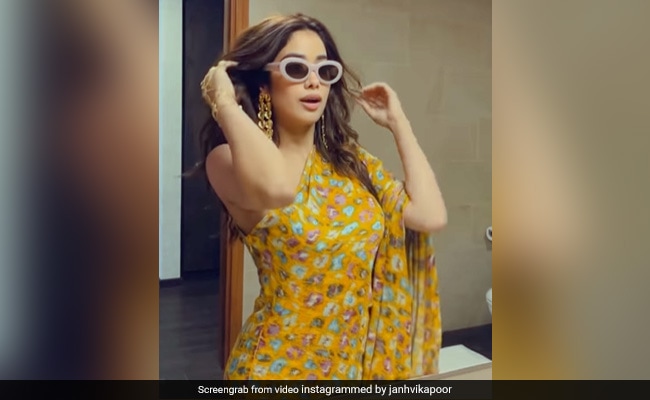 On December 14, 2021, Kabhi Khushi Kabhie Gham turned 20. It may be tough to believe that Karan Johar's magnum opus was released two decades ago, given how fresh the story and the characters remain in the minds of cinema lovers. Of the many moments that have been a fan favourite over the years, it is the character of Poo/Pooja that has continued to be an integral part of pop culture 20 years later. The character brought to life by Kareena Kapoor has thousands of fans across the world. Closer home, few of our most popular actresses have recreated some iconic Poo moments to mark the 20th anniversary of Kabhi Khushi Kabhie Gham.

Alia Bhatt, Janhvi Kapoor and Ananya Panday are some of the biggest names to share their version of Poo as part of the week-long celebration to mark the 20th anniversary of the movie.

On Tuesday, Janhvi Kapoor channelled her inner Poo by recreating one of the character's most famous scenes. Propping herself in front of a mirror, Janhvi Kapoor lip-synced to the famous dialogue, “How dare you? Tumhara koi haq nahi banta ki tum itni sundar lago. Not fair,” pouting and fluttering her eyelashes looking like a diva.

Alia Bhatt's favourite scene from the movie also features Poo. She is referring to the scene in which Poo's character “rates” the men in her university as potential prom partners. And, Alia Bhatt is not alone in her recreation video. In addition to members of her team, Ranveer Singh, who is acting opposite Alia in Rocky Aur Rani Ki Prem Kahaani and Saif Ali Khan's son Ibrahim Ali Khan, who is a member of the film's crew, also appeared in cameos.

Sharing the clip, Alia Bhatt wrote, “My favourite scene and my favourite people. Congratulations to the entire team of K3G on completing 20 years.” She further tagged Kareena Kapoor and wrote, “P.S - love you Bebo my eternal favourite.”

While Deepika Padukone and Ranveer Singh replied with laughing emojis, Kareena Kapoor reposted the video and said, “No one better than Poo, only, of course, the bestest actor of our times... my darling Alia."

Ananya Panday too shared her recreation of a famous Poo scene. The actress and Dhairya Karwa recreated the scene where Rohan tells Poo that she is wearing mismatched shoes. In the caption, she said, “No one can do it like Kareena Kapoor Khan and Hrithik Roshan, this is just two fans trying very very hard. I can practically recite this whole film so thank you Karan Johar, you make us all believe in happy endings."

Tell us whose take on Poo impressed you the most, in the comments.