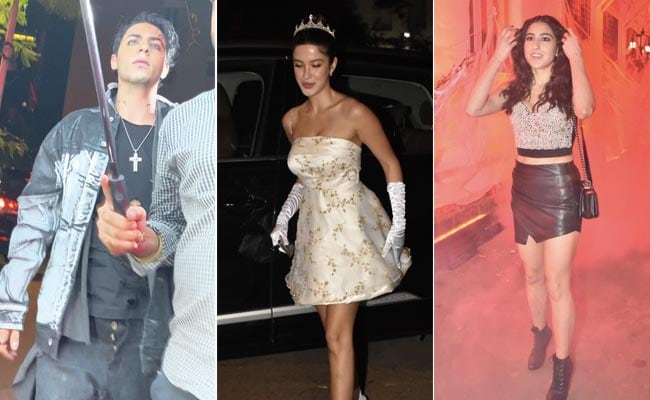 After several Diwali parties, Bollywood is now celebrating Halloween. On Saturday night, Aryan Khan joined Ananya Panday, Shanaya Kapoor, Navya Naveli Nanda and other stars for a Halloween bash. The star kids chose the looks of on-screen characters or books and arrived at the party in style. The party was hosted by Orhan Awatramani, the rumoured boyfriend of Janhvi Kapoor and the young brigade arrived in their most creative costumes and looks. Other young actors spotted at the party were Ahaan Shetty, Sara Ali Khan and her brother Ibrahim Ali Khan.

Aryan Khan, the son of actor Shah Rukh Khan, arrived for the bash in an all-black casual wear but his kohl-rimmed eyes grabbed the attention on social media. Some compared his kohl eyes to SRK's look in Raees. 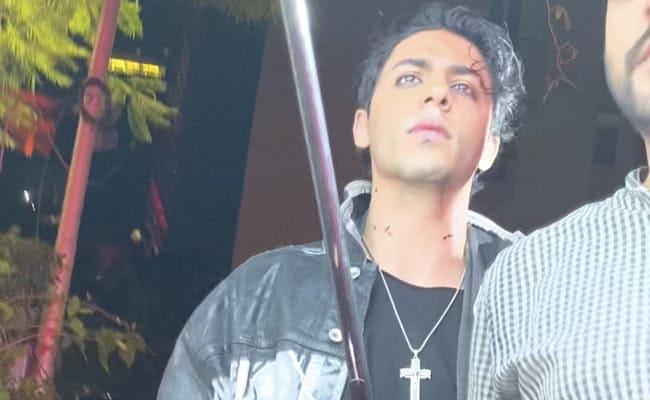 He was seen wading through the paparazzi surrounded by his security personnel who used an umbrella to keep away the crowd.

Ananya Panday chose Kareena Kapoor's character Poo from Kabhie Khushi Kabhie Gham. She was seen dressed in a short pink top along with a mini skirt. 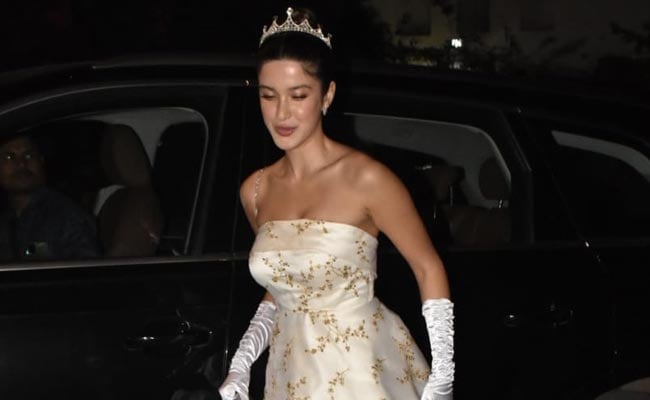 Ahaan Shetty was dressed as a super soldier, complete with armour and weapons. 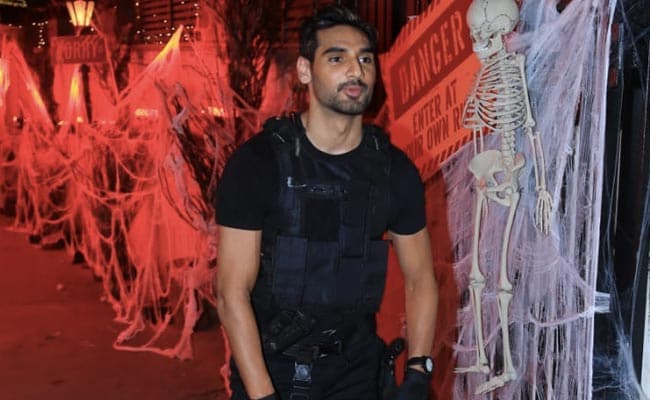 Navya Naveli was spotted in a Disney Princess look, which resembled Jasmine from the movie Aladdin. 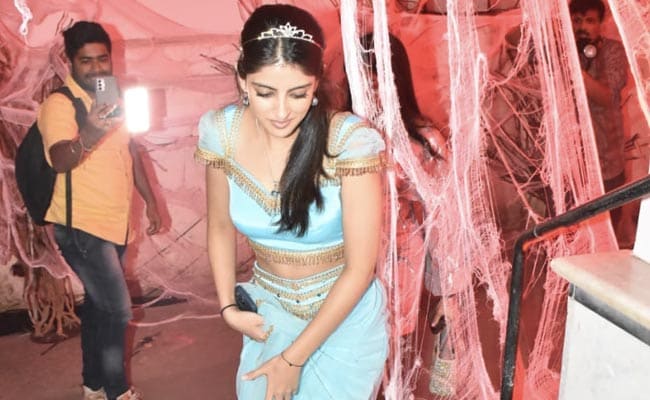 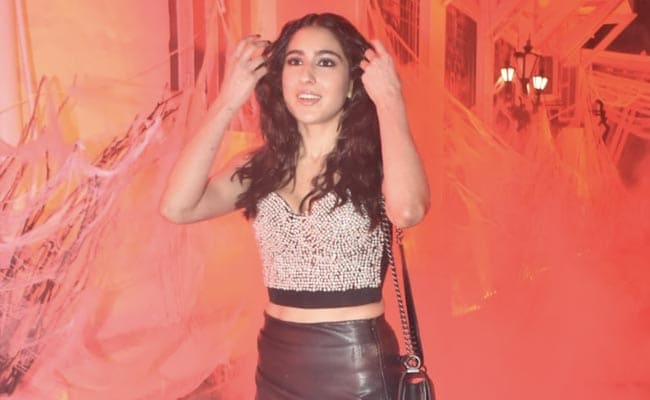 Aryan looks uber cool in a grey T-shirt paired with a red jacket. He accessorised his outfit with a chain.