Kareena Kapoor Binge Watched This Sitcom During Her Pregnancy

Kareena Kapoor gave us a glimpse of her "mom TV time" 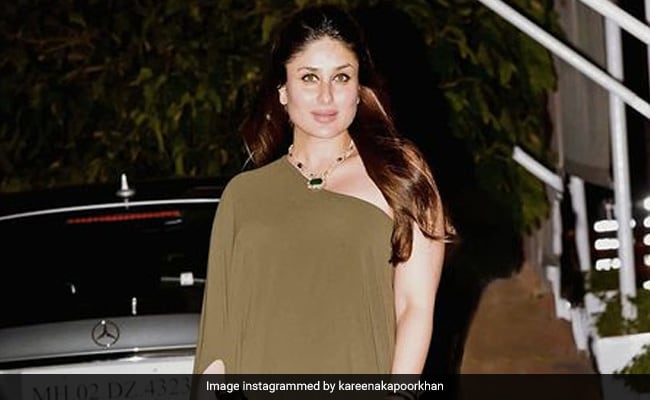 Actress Kareena Kapoor, who welcomed her second baby with her husband, actor Saif Ali Khan, earlier this year, on Tuesday, shared that she enjoyed a "mom TV time" during her recent pregnancy. How we know this? Courtesy, Kareena Kapoor's latest Instagram post. The actress shared a video of herself on the platform. The video features her resting on her couch and watching TV. In the caption of the post, she introduced us to the concept of "mom TV time" and revealed that she watched popular sitcom Schitt's Creek during her pregnancy. "Mom TV time is a thing... and I made the best of it when I was expecting #HappyCamper. Never have I appreciated TLC, feet rubs, and #SchittsCreek more than during my pregnancy," she wrote in the caption of the post.

Many fans of the actress as well as the sitcom commented on Kareena's post. Most of her fans dropped heart and fire emojis in the comments section of the post.

Earlier in the day, Kareena also gave us a glimpse of what she termed as her "productive weekend" spent with her sister, actress Karisma Kapoor. She dropped a video featuring herself and Karisma. The sisters can be seen eating and napping in the video. "What I mean when I say... 'Lolo and I had a productive weekend'," Kareena Kapoor wrote in the caption.

In terms of work, Kareena was last seen in the 2020 film Angrezi Medium. She will soon be seen co-starring with Aamir Khan in Laal Singh Chaddha and in Karan Johar's period drama Takht.