Kangana Ranaut recently revisited the controversy around her legal battle with Hrthik Roshan. "If I am doing interviews before releasing a film and expressing my opinion, people would say I am seeking attention," she said 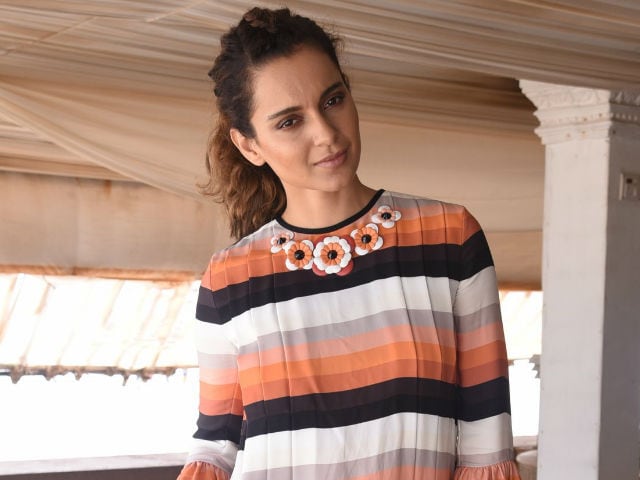 New Delhi: Kangana Ranaut, who is promoting her upcoming film Simran, recently revisited the controversy around her legal battle with actor Hrithik Roshan in several television interviews. The 30-year-old actress told news agency IANS that talking about her legal battle with her Krrish 3 co0star is not a publicity stunt for Simran and she has answers to all the queries. "If I am giving interviews while shooting films, people would say I am giving too much about my life; if I am doing interviews before releasing a film and expressing my opinion, people would say I am seeking attention, so what to do? How to live? I have answers to all the questions," Kangana told IANS.

"I have answers to all questions, if you ask me, I will answer them. People also asked me about Aditya Pancholi, regarding an incident that happened when I was 16-years-old, now I am 30. If my answers trouble so many people, then don't invite me for an interview, don't ask me such questions," she added.

Watch the trailer of Simran:


Recently on a television show, Kangana said that Hrithik Roshan and his filmmaker father Rakesh Roshan have "made fools of themselves" and that they should apologise to her in public. "I'm still waiting to meet him face-to-face and exchange two words on this and sort this out, but he's been running and hiding from me," Kangana said on CNN-News18's show Now Showing.

Speaking on the show, Kangana said that revisited the controversy after so many months had passed because she 'feared for her life.' She said: "I stayed quiet till now because I needed time to understand what all they (the Roshans) were doing."

Kangana Ranaut and Hrithik Roshan featured in headlines for most of 2016 because of their chain of legal notice, started by Hrithik after Kangana called him a 'silly ex' in one of her interviews. Allegations and counter-allegations were made by both parties and earlier this week, Kangana Ranaut clarified that the case has "not died down." She said, "They couldn't prove anything."

Promoted
Listen to the latest songs, only on JioSaavn.com
Kangana's Simran, directed by Hansal Mehta, is scheduled to release on September 15. She'll soon resume filming Manikarnika: Queen Of Jhansi, which is directed by Krish.