Kangana Ranaut: Hrithik Roshan And His Dad Have Made Fools Of Themselves, Should Apologise

Kangana Ranaut said: "For me it's important that he (Hrithik) claimed many things, but couldn't prove anything. You can't go about slapping notices on people" 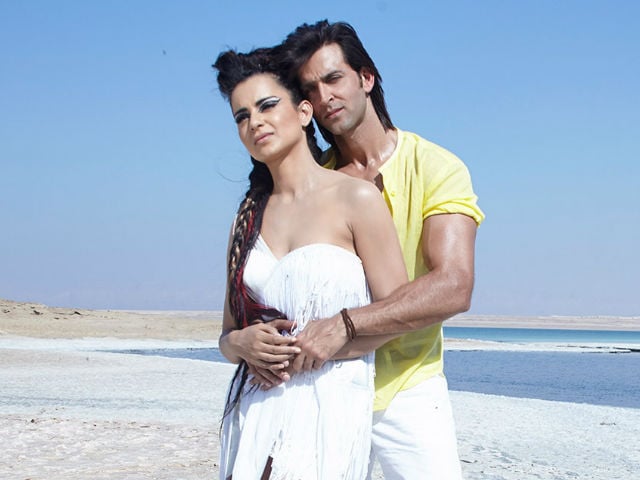 New Delhi: Kangana Ranaut dug up the skeletons of her very public feud with actor Hrithik Roshan, which featured in headlines for most of 2016. The Queen actress was invited to CNN-News18's show Now Showing where she said that Hrithik, with whom she's co-starred in Krrish 3 and Kites, should 'apologise to her publicly.' Kangana Ranaut, 30, said: "I'm still waiting to meet him face-to-face and exchange two words on this and sort this out, but he's been running and hiding from me. He (Hrithik Roshan) and his father (Rakesh Roshan) have made fools of themselves, they should apologise to me in public. Even if they don't, I will clarify to the world what happened to the case. The case has not died down. They couldn't prove anything."

"For me it's important that he (Hrithik) claimed many things, but couldn't prove anything. You can't go about slapping notices on people. He had been preparing all this for two years. He used to send himself emails from my account because he had my password. I stayed quiet till now because I needed time to understand what all they (the Roshans) were doing. Of course, it was all lies but I didn't know what they would do next. I was scared," said Kangana about discussing the controversy after a long time.

"Look at what happened to the Malayalam actress because she went and complained to the actor's wife. They got her raped. Of course that was much after my case, but I was scared. So many things happen to women. The media would call me or my sister and say, 'You are not safe... You guys should move to a safe place or go in hiding'," she said on the show.

Earlier this year, during the promotions of Rangoon, Kangana Ranaut told news agency PTI that 'big people' of Bollywood warned her to keep her story to herself. On Now Showing, she added: "He (Hrithik Roshan) and his father claimed they would expose me and shock the world, but they couldn't prove anything. He (Hrithik) slapped a notice saying, 'She caused great harm to my reputation because she called me a 'silly ex.' I am the silly ex.' But, he couldn't prove it. So, he changed his stance and said, 'She's right, she had an affair, but that wasn't me, it was an imposter.' But, he couldn't prove that also."

Kangana Ranaut's battle of legal notices with Hrithik Roshan, 43, started after the latter sent a legal notice to Ms Ranaut to apologize to him for calling him her 'silly ex' during a film's promotion in 2016 and in the process alleging that they've been in a relationship. The actress replied with another legal notice, which read: "Whatever happened between the two of them was with full consent of both parties." As the case progressed, Mr Roshan alleged that the e-mail address with which Ms Ranaut had been corresponding was fake and that the Mohenjo Daro actor had already filed a complaint in the Cyber Cell about this matter. Mr Roshan's lawyer also claimed the actress had sent him over 1,000 e-mails (which he ignored) and was told by Ms Ranaut's sister (and manager) Rangoli that she had the Asperger's Syndrome - all the claims were refuted by her lawyers.

Promoted
Listen to the latest songs, only on JioSaavn.com
Kangana Ranaut is currently filming Manikarnika: The Queen of Jhansi with director Krish and is awaiting the release of Hansal Mehta's Simran.

A preview of Kangana Ranaut's interview can be seen here and the episode will be aired on Thursday.