Kangana Ranant On Manikarnika: 'We Will Be Very Happy To Get A Solo Release'

Kangana Ranaut will be seen playing the role of Rani Laxmibai in Manikarnika: The Queen of Jhansi 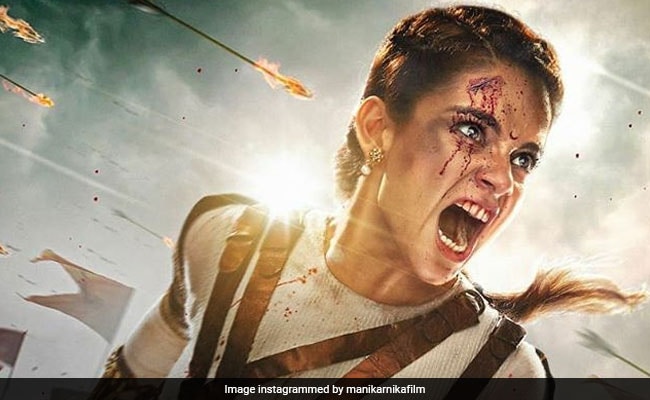 Kangana Ranant in a still from Manikarnika (Image courtesy manikarnikafilm)

Actress Kangana Ranaut, who will be seen playing the role of Rani Laxmibai in Manikarnika: The Queen of Jhansi, hopes that her forthcoming film gets a solo release at the box office early next year. Kangana was interacting with the media at the 25th anniversary of Swiss Watchmaker brand Chopard where the brand unveiled "Happy Sport Collection" on Saturday.

There were reports that Hrithik Roshan starrer Super 30 is running behind it's due schedule since the time the film's director Vikas Bahl's name cropped up in sexual harassment cases and therefore, the film will not be able to release on January 25 along with Manikarnika - The Queen of Jhansi.

When asked whether this situation is favourable for her film, Kangana said, "It's very good thing because I feel we should remember people who have sacrificed their lives for the freedom of our country on days like Independence Day and Republic Day."

"Our film has a patriotic theme so, that date is very important for us and we will be very happy to have a solo release on that day."

"Our film is on a huge scale so there are lots of VFX involved in the film but now by the grace of God, our deadlines are under control. It's an amazing experience. After January 25, I will be very happy to sort of take a little break and go somewhere because I have been working so long on this film."

It is directed by Krish and produced by Zee Studios in association with Kamal Jain and Nishant Pitti.

The film is scheduled to be released on January 25.

(This story has not been edited by NDTV staff and is auto-generated from a syndicated feed.)
Comments
manikarnika release datekangana ranaut