Read inOther Languages
This Article is From Jul 21, 2018

Kangana Ranaut Vs Hrithik Roshan At The Box Office: Manikarnika To Release With Super 30 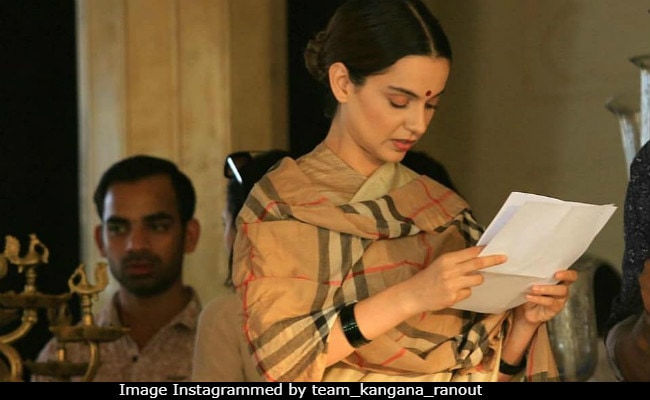 Kangana Ranaut on the sets of Manikarnika (courtesy team_kangana_ranout)

Kangana Ranaut's much-awaited period piece Manikarnika: The Queen Of Jhansi has been assigned a release date. On Saturday, trade analyst Taran Adarsh announced that the film will hit screens on January 25 next year, which means Kangana must brace for box office clash with Super 30, starring Hrithik Roshan, who she was rumoured to have had an affair with once. "Mark the date: Manikarnika -The Queen Of Jhansi to release on 25 Jan 2019 [Republic Day]... Stars Kangana Ranaut... Directed by Krish... Produced by Zee Studios and Kamal Jain," Mr Adarsh tweeted. the announcement about Manikarnika's release date arrives after Rajinikanth booked November 29 this year for 2.0. Earlier, it was reported Team Manikarnika were to only zero in on a date after 2.0 books a slot in order to avoid box office collision with a Rajinikanth film.

Meanwhile, Super 30 has already been rescheduled once - previously, it was scheduled to arrive in theatres on November this year. However in January, Mr Adarsh notified that the date has been pushed to next year. Hrithik Roshan headlines the biopic on Patna-based mathematician Anand Kumar, who trains a batch of 30 aspiring IIT candidates every year. The name of the movie is directly drawn from Mr Kumar's coaching program 'Super 30' - started in 2002 - as part of which 30 financially weak students from Patna are trained for IIT admissions every year.

Earlier this year, speculation was rife that Super 30 was to clash with 2.0, when Manikarnika Producer Kamal Jain told mid-day that their primary aim is to avoid clashing with 2.0: "Movies like Rani Laxmibai biopic are a one-time creation; we can't afford to go wrong with it. So, rushing with dates is not a good idea."

Manikarnika: The Queen Of Jhansi is the story of Rani Laxmibai, who is revered as one of the first freedom fighters and the Rebellion of 1857. In Manikarnika, Kangana Ranaut co-stars with Ankita Lokhande, Jisshu Sengupta and Sonu Sood.

Kangana Ranaut and Hrithik Roshan featured in headlines throughout last year for their public feud. In repeated claims, Kangana alleged an affair, which Hrithik has continued to deny, in turn alleging that she was fabricating a romantic relationship. They have been co-stars of films such as Kites and Krrish 3.