Kangana Ranaut's Manikarnika Release Date Will Be Announced After Rajinikanth's 2.0 Because...

The makers of Manikarnika and 2.0 are eyeing August-September window for the release of their respective films 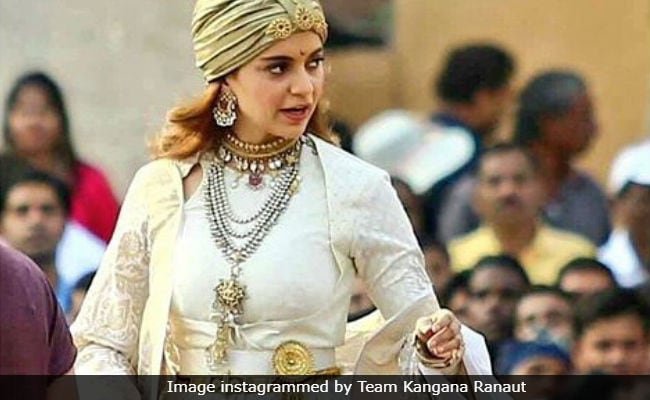 Kangana Ranaut on the sets of Manikarnika: The Queen Of Jhansi. (Image courtesy: Instagram)

New Delhi: The makers of Kangana Ranaut's Manikarnika: The Queen Of Jhansi are keen to avoid box office clash with Rajinikanth's much-awaited film 2.0. Manikarnika Producer Kamal Jain told mid-day that they want to release the film between August and September but they have not finalised the date yet. "We have mounted the movie on a scale that's hard to imagine. We don't want to clash or release too close to a film that can eat into our business. While we want to release the film between August and September, we haven't zeroed in on a date yet." He also added that they have not discussed about the release dates with Team 2.0 and they want to "wait and come to a consensus." He said: "Movies like Rani Laxmibai biopic are a one-time creation; we can't afford to go wrong with it. So, rushing with dates is not a good idea."

Meanwhile, actress Kangana Ranaut, who stars and co-produces the film, told IANS that they will release Manikarnika this year for sure. "If you see, we started the shooting of Manikarnika in the month of May last year and now it's been only one year since we started shooting. We launched the film in Varanasi on May 5 and we started shooting for it in June-July last year. I think when you make a film on huge scale, then it normally takes one or one and half year but I can say that this year we will be able to release the film."

Promoted
Listen to the latest songs, only on JioSaavn.com
Manikarnika: The Queen Of Jhansi is the story of Rani Laxmibai, who is counted among one of the first freedom fighters. She fought the East India Company valiantly when they tried to seize her kingdom. The film highlights the famous rebellion of 1857. The film also stars Pavitra Rishta actress Ankita Lokhande, Bengali actor Jisshu Sengupta and Sonu Sood.