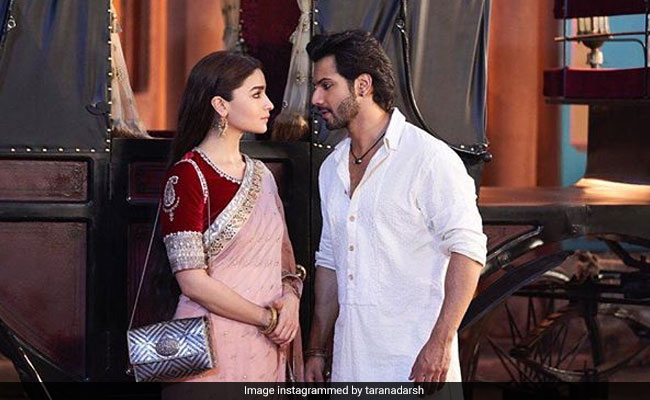 Kalank, made on the budget of Rs 150 crore, collected a little over Rs 66 crore in six days, reported Box Office India. The film made Rs 3.50 crore on the first Monday and Box Office India predicted the film's week 1 total around Rs 74 - 75 crore. Kalank, produced by Karan Johar and directed by Abhishek Varman, features Alia Bhatt, Varun Dhawan, Sonakshi Sinha, Aditya Roy Kapur, Madhuri Dixit and Sanjay Dutt. "The collections dropped all over and the places that did better over the five days were showing the same drop as places that did poor business," the box office India reported stated.

Avengers: Endgame is the final film in the Avengers film series and it is the direct follow-up of Avengers: Infinity War. The insane pre-booking of the Endgame prove that it is one the most anticipated film releases of the year. BookMyShow recorded advance ticket sale with one million tickets sold in just over a day, reported news agency IANS. Om Monday, trade analyst Taran Adarsh tweeted: "Avengers: Endgame advance booking is unheard of, unimaginable and unprecedented. Much better than several Hindi biggies that opened in 2018 and 2019."

#AvengersEndgame advance booking is unheard of, unimaginable and unprecedented... Much, much better than several #Hindi biggies that opened in 2018 and 2019... Eyes a record-breaking, historic start in #India... Dear BO records, get ready to be smashed and shattered!