Kajol looks stunning in the pictures that she shared on Instagram 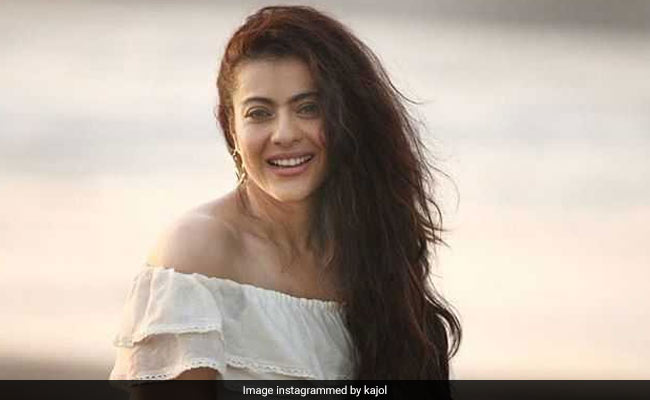 Kajol channeled her inner motivational guru and inspired her fans through a series of pictures that she posted on her Instagram profile. On Thursday, the 45-year-old actress posted a three-step guide to attain success. In order to make her message clear, she posted three pictures, in which she could be seen posing on the beach and she accompanied each photograph with a caption. In the first picture, Kajol can be seen twirling in a white boat neck dress, which she accessorised with a brown leather belt. The caption on the first photograph read, "3 steps to success: (1)Try" and she added the hashtag to #EverythingWorksEventually to her post.

Here's what the first stage of the process looks like (as summed up by Kajol).

Coming to the second stage of the process - "Failure." Kajol accompanied the post with the hashtags #Life #EverythingWorksEventually #Attitude #PositiveIsAFeeling. Take a look at the aforementioned post here:

The third step, according to Kajol, is to "learn and try harder." She added, "Repeat till you achieve everything."

3. Learn and try harder, Repeat till you achieve everything #EverythingWorksEventually

Kajol's Instagram profile is a sheer delight. On Daughter's Day, Kajol posted two separate albeit equally adorable posts. One of the posts featured her mother and actress Tanuja and the other one featured her daughter Nysa.

On the professional front, Kajol was last seen in the 2018 film Helicopter Eela, co-starring Riddhi Sen and Neha Dhupia. She hasn't announced any upcoming project as of now. However, she will reportedly be seen in Tanhaji: The Unsung Warrior, which stars her husband Ajay Devgn.