Every Book Lover Will Relate To Kajol's Throwback Post 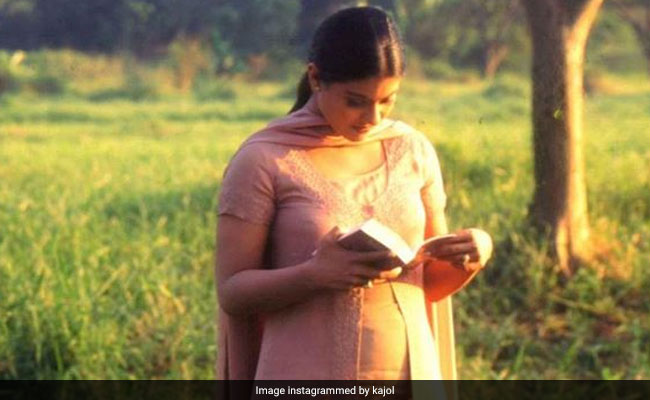 Kajol is a book lover and she has always been one. The actress shared a throwback picture of herself from the sets of her 1998 film Pyaar Kiya To Darna Kya, in which she can be seen quickly going through pages of a book in between shots. "Readers do it everywhere! #ReadAnyWhere #readersrock #Books #ThrowbackThursday," she captioned the post. Kajol's Instafam was on the same page (pun intended) as Kajol and cheered for a fellow bookworm. An Instagram user also asked Kajol which book she's reading these days but the actress hasn't replied yet.

Kajol has a treasure trove of old pictures and she frequently shares priceless throwback posts on social media for her fans. She frequently posts old pictures of herself with ROFL one-liners. Here are some of the posts:

Guess I haven't changed all that much!!!! #tbt

Kajol debuted in Bollywood with 1992 film Bekhudi and she went on to feature in films like Baazigar, Dilwale Dulhania Le Jayenge, Karan Arjun, Ishq, Kuch Kuch Hota Hai among others in the Nineties. In Pyaar Kiya To Darna Kya, Kajol co-starred with Salman Khan.

As of now, Kajol is slated to make a special appearance in Om Raut's Taanaji: The Unsung Warrior, which features her actor husband Ajay Devgn in the title role. Kajol hasn't announced her next project yet.