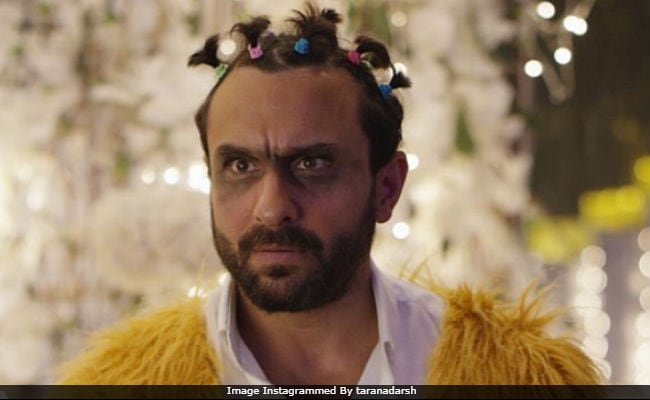 New Delhi: Saif Ali Khan's latest release Kaalakaandi, which opened this Friday, has earned Rs 2.45 crore so far at the box office, trade analyst Taran Adarsh reports. The film collected Rs 1.25 crore on the opening day and on Saturday, the collections amounted to Rs 1.20 crore. "Kaalakaandi is a box office disaster as collections dropped on Day 2. The film only has a limited metro multiplex audience and Saturday is when the audience comes out but this film has failed to grow of a disaster start," a Box Office India report stated. Kaalakaandi tracks the story of a man (played by Saif) who is diagnosed with cancer and discovers he has little time to live. The plot of the film revolves on how he utilises his remaining days.

In his review for NDTV, film critic Saibal Chatterjee gave Kaalakaandi 3 stars out of 5. "Saif Ali Khan brings to the table just the mix of befuddlement and cockiness that is needed to make the character work. The performances around him (notably from Dhulipala and Dobriyal) are in the right zone. Kaalakaandi may not be for all palates, but the film has enough spice for those in the mood for an off-the-beaten-track Bollywood experience."

Kaalakaandi released at the box office with Anurag Kashyap's Mukkabaaz and Vikram Bhatt's 1921.

Promoted
Listen to the latest songs, only on JioSaavn.com
Mukkabaaz's current total stands at Rs 2.33 crore while 1921, starring Zarine Khan and Kundra, has outperformed both the films at the box office. It has collected Rs 3.65 crore.