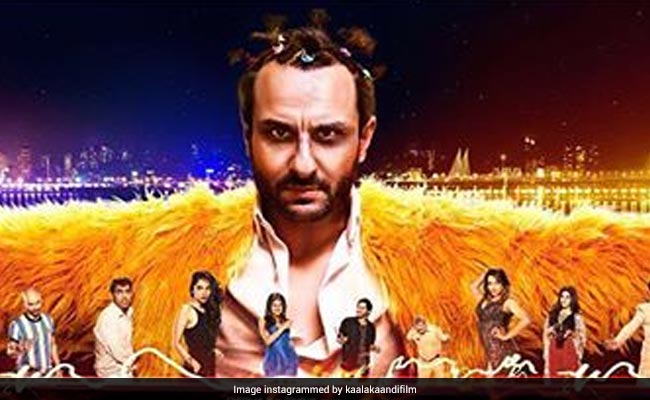 Kaalakaandi Movie Review: A poster of the film (courtesy kaalakaandifilm )

Delhi Belly scripter Akshat Verma's maiden directorial venture, in essence, possesses the madcap spirit that propelled the 2011 hit. Kaalakaandi is set in Mumbai and focused primarily on more mature characters. So its tone, texture and treatment are markedly different. The film is primarily in English, with only two underworld underlings conversing in street-level Hindi peppered liberally with expletives. It is clear that Verma is fascinated by mavericks and misfits. But armed with the quality of his writing, he turns the freaky, freewheeling, fizzy Kaalakaandi into a human drama that explores life's surprises, love, mortality, greed and betrayal.

Not all of it adds up as neatly as one would have liked, yet it works. Wicked wit and macabre humour leavened with a sense of humanity define this dark comedy's more felicitous moments. The characters are quirky yet real, like the morally conflicted girl shaken by a hit-and-run case that she is involved in or a young man assailed by pangs of guilt at having cheated on his would-be wife. 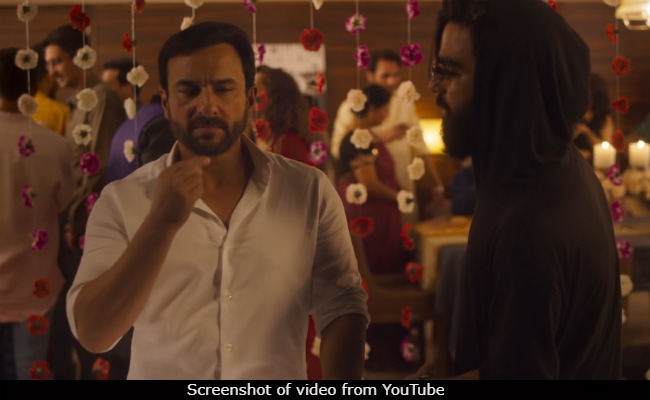 Kaalakaandi Movie Review: It takes a while to warm up (courtesy YouTube)

Several other confused Mumbaikars have their already messed-up lives thrown into further disarray in the course of a single night that sees mishaps galore. A well-heeled man receives a grim, point-blank medical diagnosis: his days are numbered, he is told. Another, carried away by a gun-slinging Feroz Khan's curry-western act in Khotay Sikkey, accidentally shoots himself in the groin.

There is more. Two partners in crime (Vijay Raaz and Deepak Dobriyal) hatch a get-rich-quick plan as they ferry bags of cash in a red hatchback - the plot ends in betrayal and quick comeuppance. Two men on a speeding motorcycle are knocked off their perches on a rain-washed road. And coitus interruptus mars an intended quickie in an upscale hotel room.

Led astray by alcohol, psychotropic substances, passion and the lure of money, every character in Kaalakaandi invites trouble for himself/herself and for all those whose paths they cross wittingly or unwittingly. It is an eventful plot all right, but most of the crucial reveals some via conversations that occur principally inside three moving cars, each denoting an aspect of the city of Mumbai.

For cinema trivia geeks, Kaalakaandi is strewn with interesting takeaways. The principal protagonist (Saif Ali Khan), who like the conscientious but dull bureaucrat Watanabe in the Akira Kurosawa classic Ikiru, is diagnosed with stomach cancer and given only a few months to live.

The character's name isn't revealed until the very end of the film, when he is drawn towards a comely wedding photographer. He could well be, like the self-effacing Watanabe, just another Everyman wasting away his life in the belief that being a "good person" is good enough. He does not smoke, does not drink, and has never done drugs except when his friends tricked him into eating a brownie laced with marijuana. It was an accident. So it wouldn't count as a transgression, he reasons.

But be that as it may, he has a lot of lost time to make up for. He heads to the wedding of his brother (Akshay Oberoi). At the party, after popping a red star microdot, he takes the would-be groom for a prenuptial haircut. On the way, everything that could go wrong goes wrong, or right, depending on who is doing the judging.

In another part of town, another pair (Kunaal Roy Kapoor and Shobhita Dhulipala) have their own seemingly insignificant issues to deal with. The couple weighs the pros and cons of the girl leaving for the US for higher studies. The girl is all for it. But the boy frets: Why are you so gorgeous? The white boys will fall for you. 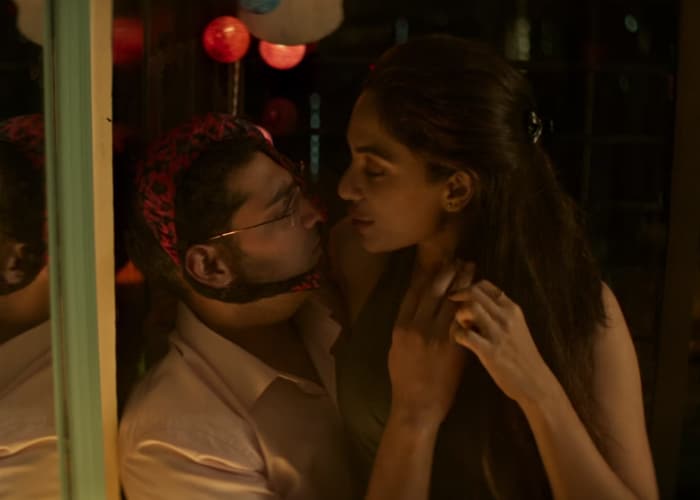 Kaalakaandi Movie Review: Performances around Saif are in the right zone (courtesy YouTube)

Angad, on his part, ends up with a gash on his forehead and the hero, motivated strictly by "scientific curiosity, Madame Curie curiosity," and drug-induced hallucinations, hooks up with a transgender streetwalker (Nary Singh). His life, or what is left of it, changes completely.

The multiple tales unfold in parallel arcs. It is only in the penultimate scenes and a zany final shot that the plot connects a few of the characters but only in a tenuous manner. Kaalakaandi takes a while to warm up but when it does it sets a lively pace, especially in the second half.

Three sequences stand out. One is a romantic, whimsical chit-chat between the hero and the wedding photographer that enthuses the former to forget the inevitable. The second is when the brother, wanting to be as fair as he can be, stands before the girl who he is about to marry to announce that he is having second thoughts. And the third is a scene in which one of the criminals, despite his best efforts, is caught lying by his wily boss (Arif Basra).

Promoted
Listen to the latest songs, only on JioSaavn.com
Saif Ali Khan brings to the table just the mix of befuddlement and cockiness that is needed to make the character work. The performances around him (notably from Dhulipala and Dobriyal) are in the right zone.

Kaalakaandi may not be for all palates, but the film has enough spice for those in the mood for an off-the-beaten-track Bollywood experience.