Why Kaalakaandi Director Is 'Not Intimidated' By Anurag Kashyap's Mukkabaaz 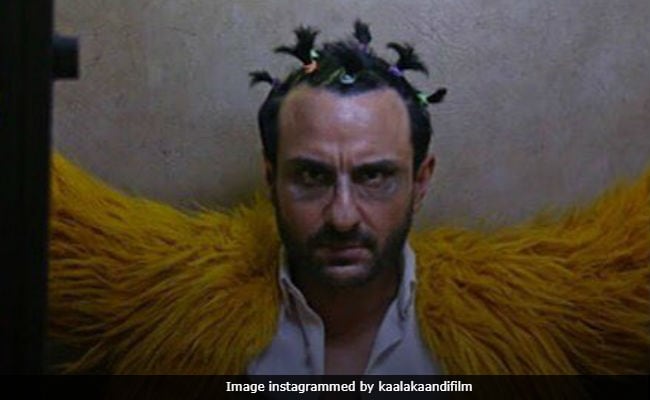 New Delhi: Director Akshat Verma is nervous but not scared about the release of his movie Kaalakaandi. "There's bound to be anxiety. The last month has been a time of no major releases. So, our film Kaalakaandi comes with a lot of expectations. These expectations don't scare me. But they make me anxious," Akshat Verma said. Kaalakaandi is about a man (Saif Ali Khan) who discovers he has little time to live and how he utilises his remaining days.

"It has been a trying time for me. Kaalakaandi was not easy to make. Now it releases with Anurag Kashyap's Mukkabaaz and Vikram Bhatt's 1921. I have every reason to be intimidated. But I am not. We have done what we could. Now there's nothing more we can do," he said.

Akshat Verma took off for a 10-day visit to Los Angeles since he is a US green card holder and his citizenship would be endangered were he to not be present there at a required state. "It was a stress-busting holiday. Being in India before the release of Kaalakaandi made no sense. We have already completed all our work. Now it is up to our producers to see the film to a smooth release," he said.

(Except for the headline, this story has not been edited by NDTV staff and is published from a syndicated feed.)
Comments
Kaalakaandimukkabazanurag kashyap