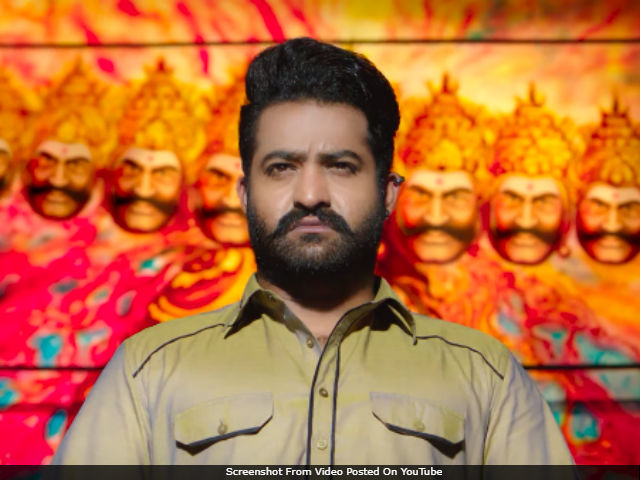 New Delhi: The trailer of Junior NTR's much-anticipated film Jai Lava Kusa was released on Sunday and Twitter's loving it. Jai Lava Kusa trailer is also one of the top trends on the Internet today. In the film, Junior NTR plays triple roles - Jai, Lava and Kusa. The trailer introduces us to all his characters. The trio have different lifestyles and ambitions until their paths cross. In just less 24 hours, the trailer of Jai Lava Kusa has been viewed over 27 million times on YouTube. Baahubali director S S Rajamouli also reviewed the trailer and said all things nice about Junior NTR's film. "Tarak never ceases to amaze us with his acting capabilities. Jai is impeccable. Can't wait to watch him on screen," Rajamouli wrote.

Tarak never ceases to amaze us with his acting capabilities. Jai is impeccable. Can't wait to watch him on screen. https://t.co/7ROQiVPcz8

While Shobu Yarlagadda, Baahubali producer wrote, "Can't wait!! What more can I say?"

Here's what Twitter has to say about the trailer.

Promoted
Listen to the latest songs, only on JioSaavn.com
Before the trailer of Jai Lava Kusa was released, Junior NTR introduced his characters to the audiences via three separate teasers. The film is directed by K S Ravindra and features actresses Raashi Khanna and Nivetha Thomas in the lead roles. A set worth Rs 2 crore was constructed in Hyderabad's Ramoji Film City for the finale action sequence. Actor Ronit Roy stars as the prime antagonist in Jai Lava Kusa.

Jai Lava Kusa is produced by Junior NTR's brother Nandamuri Kalyan Ram. The film is scheduled for release on September 21.