As the makers had promised, the first teaser of Junior NTR's Jai Lava Kusa released online. Baahubali director is quite impressed 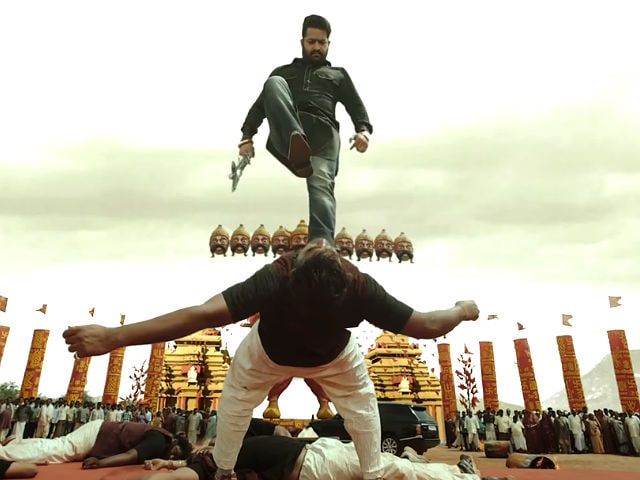 New Delhi: Junior NTR shared the first teaser of his upcoming film Jai Lava Kusa, in which he introduced Jai - one of the three characters he's playing in the film. Baahubali director S S Rajamouli was so impressed by the teaser that he tweeted: "Too Good, @Tarak9999 ... THIS is how you start the publicity of a film...Just WOW... (sic)." As predicted, the teaser also got a trending hashtag (#JaiTeaser) on Twitter in absolutely no time. Junior NTR introduces audience to Jai, who is apparently the film's anti-hero. Jai makes a dramatic entry in a mela and beats some men to pulp with his bare hands and flying kicks. He says: "To kill that Ravana you had to cross the ocean. But to kill this Ravana, you need an ocean of courage. Do you have it?" This dialogue (and the only one in the teaser) is punctuated with some state-of-the-art action scenes, which will make you take this anti-hero very seriously.

In Jai Lava Kusa, Junior NTR will be seen in a triple role. The actor is working with Hollywood make-up artiste Vance Hartwell (the Lord of The Rings trilogy) for one of the three looks.

Meanwhile, last week there were reports that the teaser of Jai Lava Kusa leaked on social media. Kalyan Ram, Junior NTR's brother and the film's producer had logged a complaint in Hyderabad's Cyber Crime Cell, which assured the makers that adequate action will be taken to counter the leak. The police wrote to heads of the social media organization to lock the pirated content.

Some of the culprits who have leaked content from #JaiLavaKusa have been identified and arrested. More details will be out tomorrow