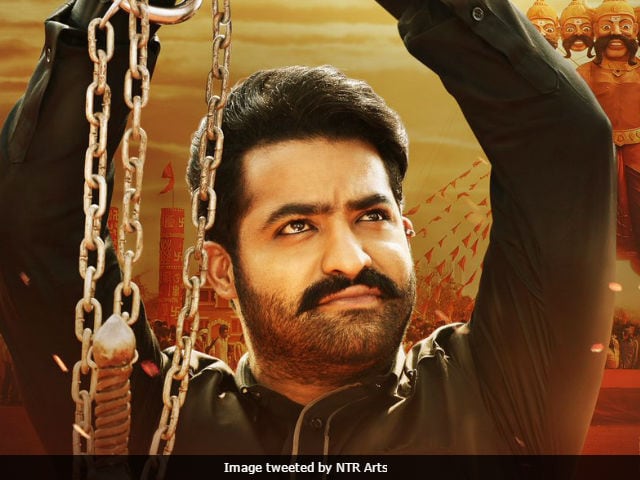 New Delhi: Kalyan Ram, the producer of Junior NTR's upcoming film Jai lava Kusa, logged a complaint in Hyderabad's Cyber Crime cell after the film's teaser and a few scenes leaked on social media, reports news agency PTI. The makers had planned to release the teaser officially in the first week of July while the film's release date is set for September 21. On the official Twitter handle of Kalyan Ram's production company, the makers also added that "some of the culprits who have leaked content from Jai Lava Kusa have been identified and arrested (sic)." They will share more information about the entire incident soon. Jai Lava Kusa is written and directed by K S Ravindra and also stars Raashi Khanna, Nivetha Thomas and Bollywood actor Ronit Roy.

Some of the culprits who have leaked content from #JaiLavaKusa have been identified and arrested. More details will be out tomorrow

In Jai Lava Kusa, Junior NTR will be seen in a triple role. The actor is working with Hollywood make-up artiste Vance Hartwell (the Lord of The Rings trilogy) for one of the three looks. The first look of Jai Lava Kusa released in May on the eve of the actor's birthday.

In a separate police complaint, the producers of recently released Telugu film Duvvada Jagannadham alleged that a pirated print of the film has been uploaded on social networking sites. Duvvada Jagannadham, starring Allu Arjun and Pooja Hegde, released on Friday along with Salman Khan's Tubelight. Incidentally, a day before it hit the screens, scenes of Shah Rukh Khan's Tubelight cameo also leaked online.

Promoted
Listen to the latest songs, only on JioSaavn.com
Meanwhile, Assistant Commissioner of Police K C S Raghuveer told PTI that the police has registered two cases under relevant sections and they have also written to the related organisations of the sites to block the pirated content of both Jai Lava Kusa and Duvvada Jagannadham, reported PTI.

AAP Preparing To Contest All 151 Seats In Nagpur Civic Polls