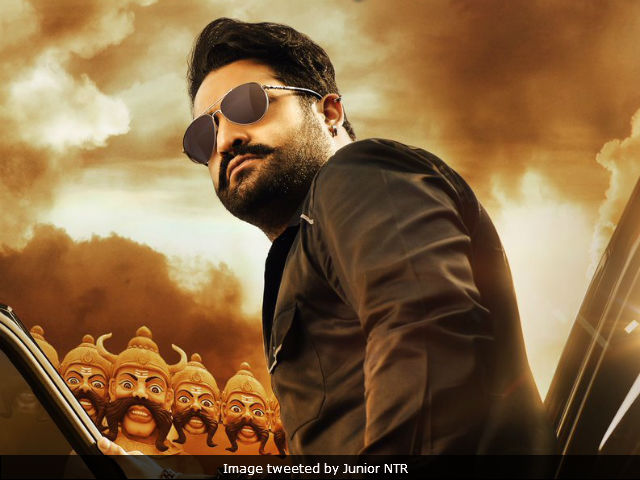 New Delhi: Good news for actor Junior NTR and his fans. His latest film Jai Lava Kusa, which released last Thursday has touched the 100 crore club in just five days. Of Jai Lava Kusa, trade analyst Ramesh Bala tweeted and wrote: "Having grossed 100+ crore in first week, the film enters second week in a commanding position." He also shared that the film is a big hit in USA and has managed to achieve a mark of $ 1.5 million. Junior NTR's brother Kalyanram Nandamuri, who produced Jai Lava Kusa, also tweeted and thanked Telugu film lovers across the world for the film's massive success. Here's what Ramesh Bala and Kalyanram Nandamuri tweeted:

A big thanks to Telugu Film lovers across the world for this massive success pic.twitter.com/HhE2unWerW

Directed by K S Ravindra, Jai Lava Kusa is on its way to wide spread glory. Jr NTR features in a triple role in the movie, which is about three brothers. The actor also worked with Hollywood make-up artiste Vance Hartwell (The Lord of The Rings trilogy) for one of the three looks in Jai Lava Kusa.

Jr NTR also thanked his fans for all the love. Here's what he tweeted:

All this love for #JaiLavaKusa is deeply satisfying. As an actor, can't ask for anything better. A big thank you from team JLK to everyone

Promoted
Listen to the latest songs, only on JioSaavn.com
Jr NTR has featured in films like Naanaku Prematho and Janatha Garage, which received a great response from audience.

He will soon team up with filmmaker Trivikram for a yet-untitled Telugu project. Also, filmmaker Ram Gopal Varma is prepping for his upcoming film Lakshmi's NTR, which will be based on Jr NTR's grandfather - late Nandamuri Taraka Rama Rao or NTR, who was a popular Telugu actor-filmmaker and later became the Chief Minister of Andhra Pradesh in 1983.