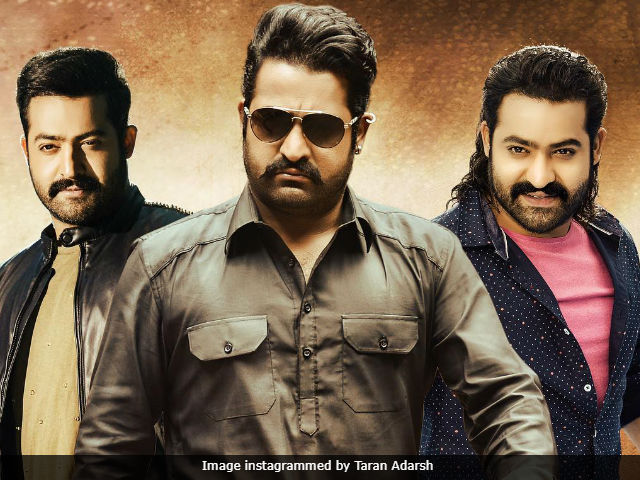 New Delhi: Junior NTR's Jai Lava Kusa has made several crores worldwide since it released on September 21. Trade analyst Ramesh Bala said that the film collected nearly Rs 47.25 crore worldwide on the opening day and it has made nearly $1 million in USA. In addition, trade analyst Trinath told news agency IANS that the film's two day collection is nearly Rs 60 crore and the film's weekend is quite promising. "Despite releasing on a Thursday, the film grossed a whopping Rs 49 crore on its first day worldwide. The two days total gross earnings is over Rs 60 crore and the film is set for a very strong opening weekend at the ticket window," he said.

It can be a safely assumed that Jai Lava Kusa is a hit like his last few films such as Temper, Nannaku Prematho and Janatha Garage. Of success and failure, Junior NTR told news agency PTI: "Success is important but only at a later stage of my life, I realised that personal satisfaction is essential." Junior NTR also said that he's open to make experimental films as long as they are 'properly planned and budgeted.' He said: "I like challenging myself and want to balance the 'so-called' image, which I don't know what it is."

Promoted
Listen to the latest songs, only on JioSaavn.com
Junior NTR plays a triple role in the film - all three titular characters, who are brothers with different personalities and ideologies. Junior NTR told PTI: "Jai Lava Kusa will always be a special film to me. Playing a triple role was emotionally challenging. We have hardly made films revolving around the relationship between brothers."
Jai Lava Kusa also stars Nivetha Thomas, Raashi Khanna and Nanditha Raj. Bollywood actor Ronit Roy plays antagonist opposite Junior NTR in the film. The film is produced by Junior NTR's brother Kalyanram under NTR Arts banner.